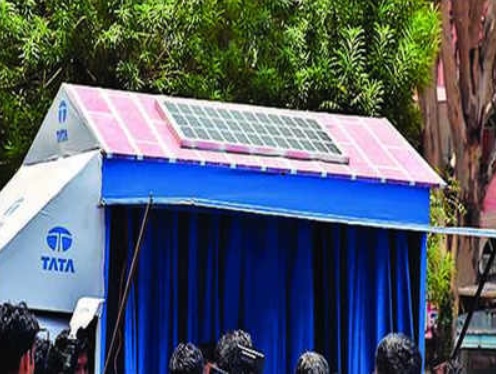 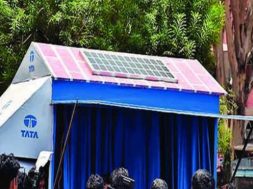 RANCHI: The Jharkhand Renewable Energy Development Agency (JREDA), a unit of the state energy department, has set an ambitious target of generating five mega-watt green energy annually through its Grid-Connected Rooftop Solar Programme, which it formally started implementing over a year ago.

Talking to TOI on Thursday, JREDA director Niranjan Kumar said that in the last one year, they could barely produce two mega-watt solar energy through this scheme owing to various issues.

“So far, 100 solar rooftop units were set up in residential/commercial areas across the state, with majority of the chunk being in Ranchi. This year, we have set a target of generating five mega-watt solar power through this scheme,” Kumar said talking on the sidelines of the unveiling ceremony of Tata Power Solar’s residential solar rooftop campaign titled #Pledge at the JREDA office in Doranda.

Kumar said that as per their policy, a 50% subsidy is given to those who wish to set up solar rooftop systems. The Centre gives 30%, while 20% is borne by the state government. The rate of solar rooftop unit varies depending on its capacity.

“There are two components to it – battery and the solar device. Subsidy is given on the latter. The best part is that if you have extra power, you can sell it to the government. So whoever installs it, can reach breakeven point in 3-3.5 years. The life of each solar rooftop unit is 25 years,” he said.

The reason for slow response to this unique scheme is mainly because of lack of awareness among the public, Kumar said. There are a few other technical hurdles too, which the state government is currently working upon.

“A net meter is fixed at every point where solar rooftop is fixed. The job of the meter is to analyse the consumption of normal power vis-a-vis solar so that billing can be adjusted. Jharkhand Vidyut Vitran Nigam Limited, the state’s power distribution company, is in the process of streamlining these meters with their billing system. In the next couple of months, the issue will be sorted out,” he said.