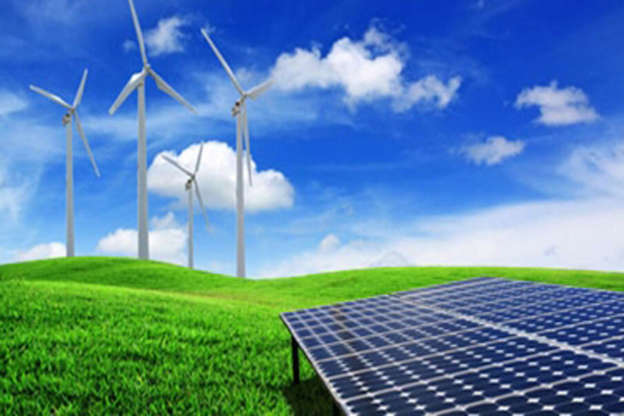 Amazon’s renewable energy investments equivalent to energy use of 3 million U.S. homes and will eliminate 13.7 million metric tons of carbon emissions each year as Amazon works to reach net-zero carbon by 2040

SEATTLE : Amazon (NASDAQ: AMZN) today announced 18 new utility-scale wind and solar energy projects across the U.S., Finland, Germany, Italy, Spain, and the U.K., totaling 5.6 gigawatts (GW) of procured capacity to date in 2021. Amazon now has 274 renewable energy projects globally and is on a path to power 100% of its business operations with renewable energy by 2025—five years earlier than its original 2030 commitment.

“At COP26, the world agreed we needed bigger and bolder ambitions around global carbon reduction from all sectors. With hundreds of renewable energy projects already underway, Amazon is a model for the level of urgency and action we need from the private sector to combat the climate crisis.”

These new utility-scale wind and solar projects bring Amazon’s total committed renewable electricity production capacity to more than 12 GW and 33,700 gigawatt hours (GWh) when the projects become fully operational, or electricity output equivalent to powering more than 3 million U.S. homes for a year. The projects will supply renewable energy for Amazon’s corporate offices, fulfillment centers, and Amazon Web Services (AWS) data centers that support millions of customers globally. The projects will also help Amazon meet its commitment to produce the clean energy equivalent of the electricity used by all consumer Echo devices. The amount of clean energy produced by these projects will avoid the equivalent of the annual emissions of nearly 3 million cars in the U.S. each year, or about 13.7 million metric tons.

“We are moving quickly and deliberately to reduce our carbon emissions and address the climate crisis,” said Kara Hurst, vice president of worldwide sustainability at Amazon. “Significant investments in renewable energy globally are an important step in delivering on The Climate Pledge, our commitment to reach net-zero carbon by 2040, 10 years ahead of the Paris Agreement. Renewable energy projects also bring new investment, green jobs, and advance the decarbonization of the electricity systems in communities around the world.”

“Amazon is wasting no time demonstrating that they are fully committed to a clean energy future for all,” said Gregory Wetstone, CEO of the American Council on Renewable Energy. “At COP26, the world agreed we needed bigger and bolder ambitions around global carbon reduction from all sectors. With hundreds of renewable energy projects already underway, Amazon is a model for the level of urgency and action we need from the private sector to combat the climate crisis.”

“For the second year in a row, Amazon has set new records as it works toward fully powering its operations with renewable energy by 2025, five years ahead of schedule,” said Miranda Ballentine, CEO of Clean Energy Buyers Association (CEBA). “Large-scale clean energy investments like these benefit us all and should be the new normal for industries of all shapes and sizes. They bring good-paying, green jobs to local communities and support progress toward our community’s goal of a 90% carbon-free U.S. electricity system.”

Amazon and Global Optimism co-founded The Climate Pledge in 2019. The Pledge now has more than 200 signatories, including Best Buy, IBM, Microsoft, PepsiCo, Siemens, Unilever, Verizon, and Visa. To reach its goal, Amazon will continue to reduce emissions across its operations by taking real business actions and establishing a path to power its operations with 100% renewable energy, five years ahead of the company’s original target of 2030; delivering its Shipment Zero vision to make all Amazon shipments net-zero carbon, with 50% net-zero carbon by 2030; purchasing 100,000 electric delivery vehicles, the largest order ever of electric delivery vehicles; and by investing $2 billion in the development of decarbonizing services and solutions through the Climate Pledge Fund.