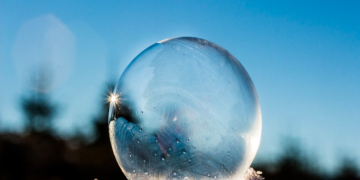 TORONTO : A newly published report from MNP one of Canada’s largest professional accounting and business advisory service firms has identified BSV as being the most energy efficient blockchain.

The report entitled, The Search for a More Efficient Bitcoin, compared models and real-world data from BTC, BCH and BSV, stated that BSV is the most efficient due to its unbounded transaction processing capacity. The report set out to answer two main questions: Is it possible to accurately estimate the power consumption of a blockchain network? And is there a more efficient blockchain implementation when comparing kilowatt hours consumed per block? MNP’s findings confirmed the answer to both questions to be yes, and that BSV had proven itself the most efficient based on both its data models and real-world research.

“So long as the size or number of transactions on the BSV network exceeds the limitation of the other protocols, BSV is the most efficient in this group,” the report concluded.

Since restoring Bitcoin’s original protocol in February 2020, BSV sustained a higher transaction count than BTC or BCH throughout that year, and for most of 2021.

Focusing on SHA-256 proof-of-work (POW) based transaction processing operations, the report said that there has been an increasing mainstream and social media focus on these networks’ energy consumption issues in 2021. This comes amid a growing conversation about digital assets in general, which has seen market prices rise in parallel to concerns over the industry’s sustainability.

“As more businesses and consumers adopt blockchain technologies, and regulatory requirements towards green and renewable energy continue to become more stringent, it is important to understand the impact blockchain has on the environment—especially related to the energy consumption issue,” the report said.

MNP has over 7,000 employees nationwide and has offices in most of Canada’s major urban centers. Its clients include businesses across multiple sectors, as well as government and not-for-profit organizations. Representatives from the firm gave a preview of their research findings at the recent CoinGeek conference in New York City.