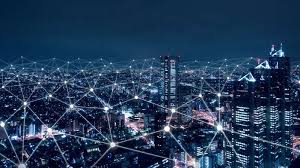 Within every crisis is an opportunity. At the other end of this global pandemic awaits a new world of economic winners. Russia is already evoking Cold War memories by calling its test coronavirus vaccine “Sputnik V.” China is no different in the race for a vaccine, portraying itself as a global citizen and using that as a bargaining chip against U.S. global leadership.

This highlights the need for America to have a long-term high-technology vision, policy and set of goals in order to make strategic investments that correlate to our way of life, economic well-being, and democratic norms and values to shape not just the next decade but the decades to follow. The United States can either prepare and posture to shape a future with American strategic leadership, or resign itself to follower status. In many possible future scenarios, follower status may mean subservience to authoritarian-led economic systems.

The U.S. has seized on such strategic opportunities in the past. At the beginning of World War II, America was still recovering from the Great Depression and possessed the 12th largest army in the world. The government turned to America’s manufacturing sector to help repair the economy and prepare America’s industrial base. This investment and strategic posture produced innovative developments in scientific technologies that ushered in advances in radio, ships, railroads, airplanes, nuclear power, solar power, space flight and, eventually, the internet.

Throughout the Cold War, the U.S. depended on Industrial Age policies and mechanisms to support our national defense and maintain an industrial base capable of providing carriers, submarines, bombers, fighters, tanks, ballistic missiles, satellites and other technologies. The Cold War ended in the peace dividends of the 1990s.We failed to prepare for how potential adversaries planned to challenge widely accepted norms, values and laws across the world’s land, air, sea, cyber and space domains.

During the past decade, China and Russia have acted violently or indiscriminately across these domains by integrating ideological, political, economic, military and technological tools. In part, they are energized by the belief that the U.S. may be overwhelmed with domestic issues and is a spent power in decline.

America’s “Arsenal of Democracy” has declined in part because, for 20 years, the U.S. has focused on countering terrorism, a real but not existential threat, and neglected investments necessary for great power competition. These investments impact our way of life because we are dependent on technology such as cyber, space, electronic warfare, artificial intelligence, machine learning and other emergent technologies — all part of the incipient Digital Age.

The investments needed for great power competition have now surpassed our expenditures on counterterrorism and are starting to resemble Cold War-era figures. However, our economy is severely constricted because of the COVID-19 pandemic. To address these emerging challenges, we must develop innovative ways of thinking and new ways of action while remaining true to our national ethos and role as a strategic power.

To do things differently, and to retain U.S. global leadership, we must rebalance from 20th century to 21st century capabilities. The U.S. must build the most advantageous industrial structure with policies that promote our technology industries and broaden our markets. The U.S. must return to publicly financing and providing venture capital investments for basic research, and science and technology innovation.

Our global competitors operate under economic policies and practices that disadvantage American companies. The U.S. market-driven system does not benefit from “free markets” that can be manipulated through the funding schemas and financing that state-controlled systems employ. We already have lost our overall economic advantage, and America’s scientific and technological competitive advantage will be lost in less than a decade to nations that make the necessary investments.

We are decades beyond the simpler days of the Sputnik-era but our public investments in research and development are dismally close to the pre-Sputnik days of more than a half-century ago. America’s private sector cannot make up this difference. Our global competitors are filling that gap by heavily funding innovation research that contributes to their national security and military purposes.

With our competitive advantage eroded, we no longer may be capable of deterring other nations from taking actions that will hurt our interests or those of our allies — who may be pressured by undemocratic powers. Inaction also could increase our margin of error in assessing our adversaries’ intentions and capabilities, resulting in higher risk trade-offs should conflict occur. We must change the way we invest in and employ cutting-edge technologies.

Ironically, as mentioned, the United States dominated the Industrial Age precisely because it embraced policies to stimulate economic growth and global competitiveness, especially for critical and emerging industries. America must now rebalance from 20th century to 21st century capabilities by creating the most advantageous industrial structure and policies. Congress and the executive branch secure our future by prioritizing to:

America can either evolve to the realities of a new age or waste this decade’s opportunities for strategic leadership in the 21st century. We need a vision and strategy to forge a path to exit great power competition on the top. We must prioritize investing in exponential technologies, instead of focusing on incremental Industrial Age ones with long lead-times that permit our competitors to catch up. The competition may even be over by the time we reap the investment return on the incremental technologies.

The United States must be the fastest so we can set the pace and conditions for others to follow, abide and benefit. Our example and leadership must be so profound that great powers and other nations will have no choice but to follow and replicate our success. In doing so, America’s strength would project U.S. leadership in technological innovation, a vibrant market economy and, most importantly, democratic norms and values.

Dr. Mir Sadat has more than 25 years of experience in private industry, the U.S. Navy, the Department of Defense and the National Security Council, where he most recently was policy director leading interagency coordination on defense and space policy issues. The views expressed here are his alone.