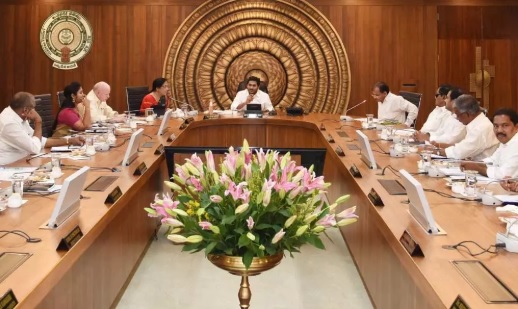 AP Cabinet approves a proposal to set up Rs 40,000 worth solar plant in public sector 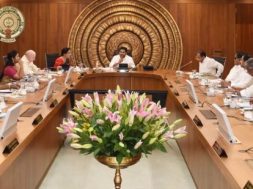 AP Cabinet approves a proposal to set up Rs 40,000 worth solar plant in public sector

Amaravati: The Cabinet took a decision to set up a solar power project with a capacity of 10,000 MegaWatts, through AP Green Energy Corporation Limited (APGECL). It is estimated that the project would cost around Rs 35,000 Cr to Rs 40,000 Cr, revealed the Minister for I
and PR Perni Nani, in a press conference aer attending the cabinet meeting on Wednesday.

At present, there is a demand for 45,000 Million Units. To meet that ever-growing demand, the State government is aiming at the alternative power generation renewable resources.

At the same time, Chief Minister YS Jagan Mohan Reddy has directed the concerned officials to establish the plant in the public sector, not in the private sector. Hence, the government has taken this decision to establish the project.

The Central Non-conventional Energy Resources Ministry provides financial assistance of Rs 10 lakh per MW. This facility would be utilised for the establishment of solar power projects.

As part of that, AP Green Energy Corporation Limited would be established. This would be managed by the AP Genco for which 18 posts have been sanctioned including that of chairman and managing director.

AP State Financial Corporation Limited would be set up for proper utilisation of surplus funds. Similarly, the Cabinet has decided to set up AP State Agricultural Council as never before in the country for a regulating mechanism in the provision of quality seeds, fertilizer and pesticides to farmers.

As per the recommendations of the Cabinet Sub-Committee, it has been decided to increase the compensation to the orchards and horticulture crops, to be taken under the Land Acquisition. It was also decided to set up a new fire station at Vempalle in YSR Kadapa district.