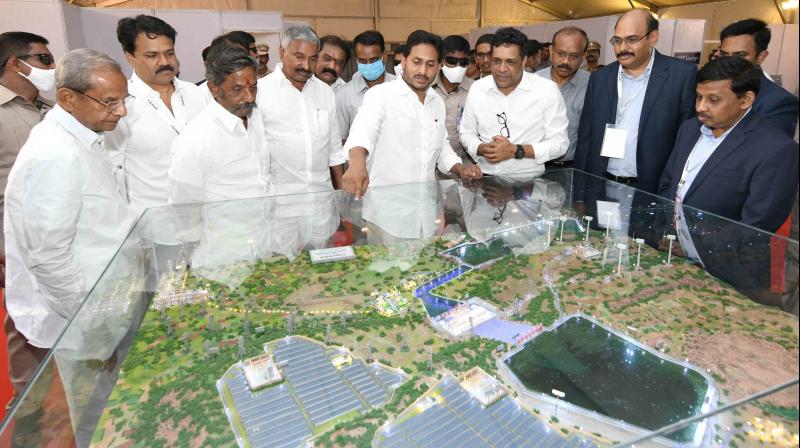 The Chief Minister expressed happiness over Andhra Pradesh getting the world’s largest IRESP project and said the project would be a game-changer which would place the state at the forefront of green, renewable energy and technology in the coming days. He said the beauty of this project was that it would provide clean energy round-the-clock with a mix of solar, wind and hydropower and would be a unique model in the country.

“What Andhra Pradesh is showcasing with this project will be a triggering point for the entire country to follow in the days to come. I am confident that with this project, the usage of fossil fuel would take a backseat and renewable energy front seat,” the Chief Minister remarked.

The project would deliver cost-effective, flexible, and round-the-clock clean energy, he said, adding that certain components of the solar and wind power would be used to pump the water back into the reservoir during the non-peak hours to utilise the water in the peak hours.

The Chief Minister assured that the AP government was ready to offer ample opportunities to those who were interested in green power and decarbonising economies and added that the state had the capacity of more than 33,000 MW.

Greenko Group founder, CEO and MD, Anil Chalamasetty complimented the Chief Minister for making the world’s largest IRESP project a reality in Andhra Pradesh. He said the AP government extended all policy support, gave fast-track clearances to the project and assured that this project would be completed in three years by 2025.

“It’s a moment of great pride for Greenko that we have pioneered to deliver, ahead of the global ambition of a 24/7 dispatchable renewable energy solution, for industrial decarbonisation and energy transition. Andhra Pradesh is set to become the energy storage capital of India. This integrated solution is pivotal for the nation to become energy independent and establishes it as a leader of decarbonised economies,” Anil added.