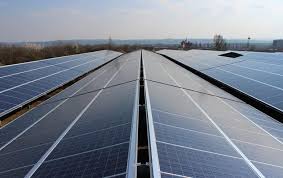 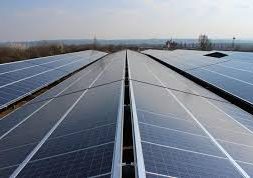 The Armenian government has launched a request for qualification (RFQ) as part of a tender for the construction of 200 MW of solar parks in the country under a partnership project with Masdar.

The 200-MW scheme is the first stage of a 400-MW collaboration that Abu Dhabi Future Energy Company, better known as Masdar, and Armenian National Interests Fund (ANIF), a state-owned company in Armenia, entered last December. The UAE group is the initiator of the investment project that the Armenian government greenlighted at end-2019.

The pre-qualification round was initiated by the Armenia Renewable Resources and Energy Efficiency Fund on behalf of the national government and seeks private developers or consortia willing to install the capacity. The so-called Ayg-1 solar farm will be located between the communities of Talin, Dashtadem and Ashnak in the western province of Aragatsotn.

The next stage in the competition is a request for proposals (RFP) round that will give Masdar the opportunity to match its offer with the lowest bid on offer. The company has to offer a tariff that is at least USD 0.1 (EUR 0.089) per kWh off the lowest proposal.

The winning party will be tasked with the design, financing, construction, ownership and operation of the PV park through a special project vehicle. The Armenia-based entity will be 85%-owned by the successful bidder, while the remaining 15% will be held by ANIF. According to the requirements, the capacity has to become operational by the last quarter of 2023. The output will be sold to the Electric Networks of Armenia (ENA) CJSC under a 20-year power purchase agreement (PPA).

Initially, Masdar and ANIF agreed on a 500-MW project that involved floating and ground-mounted solar and wind power capacity. The formal pact, however, included only 400 MW of solar projects.