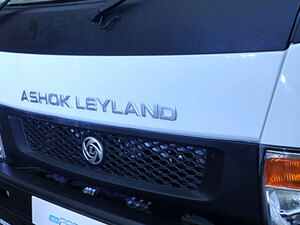 The company would be solely responsible for the EV operations of the group with Ashok Leyland focussing on its core business of diesel-powered vehicles as well as work on alternative fuels like CNG, LNG and hydrogen.

The new company will be launching an electric van in India by the end of this year and it will be aimed at commercial vehicle fleet operators. The company claimed that it already has 2,000 advance orders for the same.

It will also house a new e-mobility as a service business under the Ohm brand. The business will provide EVs on an operating expense (op-ex) model, including in India and apply for various government tenders. Ashok Leyland has supplied several buses to transport authorities in India on the op-ex model under the government’s EV promotion policy FAME-2.

So far, $130 million have been invested into Optare’s EV business, mainly by Ashok Leyland, but the truck and bus maker would not be investing more capital into the new company in the short term.

“Switch needs to create its own finances, be it through equity or debt. We don’t see substantial investments coming from Ashok Leyland,” said Dheeraj Hinduja, chairman of Ashok Leyland. The company has seen interest from multiple financial as well as strategic partners to invest in Switch Mobility, Hinduja said.

The company estimates that Switch Mobility would need about $150-200 million of investments over the next few years towards product and capacity development.

The new company will own all the EV-related intellectual property of Ashok Leyland as well as Optare. All EVs launched by the group henceforth would be under the Switch brand, including in India. Both India and the UK will serve as manufacturing bases, with India primarily satisfying the local demand as well as that of other emerging economies.

India will also serve as an important sourcing base from Switch as it will rely on the purchasing power of Ashok Leyland.