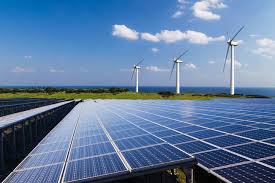 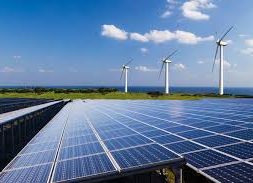 MELBOURNE: The Australian government has agreed to provide A$2.9 million ($2 million) for two studies into using solar and wind power to produce hydrogen for ammonia, part of a broader push by Canberra to spur development of a hydrogen industry.

The Australian Renewable Energy Agency (ARENA) said on Monday it was backing a study into building a green ammonia facility with a solar farm at Incitec Pivot’s Moranbah ammonia plant in Queensland.

It is also backing a study to build a green hydrogen ammonia plant with Queensland Nitrates, a joint venture between Incitec and Wesfarmers Ltd, with wind, solar and stored energy from facilities run by France’s Neoen SA.

The Moranbah study would help determine whether green hydrogen can be produced cheaply enough to support expanding the Moranbah plant, Incitec’s president of global manufacturing, Tim Wall, said in a joint statement with ARENA.

The push to produce hydrogen is one effort that has united the renewable energy industry and Australia’s conservative government, which has come under attack for not doing enough to cut Australia’s carbon emissions.

The federal government and states are working on a strategy, due to be released in December, to develop a hydrogen industry, after a study last year showed there could be a $7 billion market for hydrogen in China, Japan, South Korea and Singapore by 2030.

“It’s probably the only area where there’s alignment and cohesion between the renewables sector and the federal government,” said Gero Farruggio, head of Australia and global renewables for consultants Rystad Energy.

Ammonia production consumes half of the world’s hydrogen output and offers a big opportunity for Australia to jump start a clean hydrogen industry, ARENA said.

“We believe that you cannot realise the export potential without a domestic market, which is why ARENA is looking to fund renewable ammonia and other domestic applications,” ARENA Chief Executive Darren Miller said in a statement.