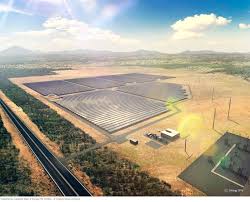 Australia has a 7GW pipeline of large-scale battery storage projects 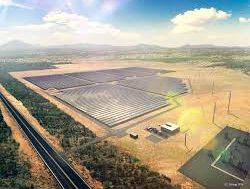 Australia has a 7GW pipeline of large-scale battery storage projects

Projects such as the 30MW / 8MW Energy Storage for Commercial Renewable Integration (ESCRI) project in South Australia, completed a couple of years ago to prove the case for energy storage are already being followed by much larger systems. Image: Hitachi ABB Power Grids.

There are 7GW of battery energy storage projects that have either been proposed or are in the planning process in Australia, with the average project in that pipeline sized at around 150MW.

These projects will play multiple roles in the country’s energy systems and around 900MW are in “committed and significantly progressed” stages to be completed and online by 2024, according to new work by research, analysis and consulting group Cornwall Insight Australia.

With a flurry of large-scale battery announcements emerging from major utilities and state governments in the past few months, Australia’s grid-scale energy storage market has rapidly progressed from early projects in the 10s of megawatts a few years ago. Notably, utility AGL has announced several hundred megawatts-worth of a plan to develop 850MW of storage, while the state governments of Victoria, Queensland and Western Australia have all announced their intent to advance large-scale battery projects in the past few weeks alone.

Cornwall Insight Australia found that the state of Victoria is the leader among the country’s states in this regard, with more than 40GW of the pipeline earmarked for construction there, equivalent to more than 40% of recently experienced peak electricity demand in the state.

Meanwhile, the state of New South Wales recently declared ambitious plans to be a major hub of renewable energy with a government-produced roadmap identifying a need for 2.3GW of energy storage to be deployed. Cornwall Insight Australia said the state’s pipeline of 1.3GW puts NSW “well on the way” to achieving that goal, despite the figure being only 9% of recent peak demand, with temperatures in Sydney exceeding 40 degrees Celsius in the past few weeks.

There is a great deal of energy storage being proposed or planned within Australia’s National Electricity Market (NEM), which covers about 80% of electricity demand across the country, Ben Cerini, a principal consultant at Cornwall Insight Australia said. This is despite the sometimes volatile nature of “continually developing value streams” as well as “challenging economics,” Cerini said.

“But as we have seen, those that move quickly will be rewarded and be in the best possible position to take advantage of new revenue streams when (not if) they arrive,” Cerini said.

“The question then becomes, given the size of the storage pipeline and the recent commitment to deliver the largest battery in Australia of 300MW – do we already need to re-evaluate the amount of storage projected to be built in the NEM?

“Even if we only assume that 10% of the projected storage of will make it to completed projects. That is still a total of around 1.5GW of battery storage that we can expect by 2024.”

AEMO forecast does not take revenue stacking opportunities into account

Cerini and colleagues noted in their research that the Australian Energy Market Operator (AEMO) appeared to have forecasted a much smaller amount of battery storage expected to come online by then according to its Integrated System Plan.

The difference was as much as 13 times over, Cerini said. However, Cerini added that the AEMO forecast and projection only takes into account large-scale battery storage system capacity that will assist the reliability of the grid in terms of reducing the amount of unserved energy that is produced. Whereas in all likelihood, energy storage systems will be able to serve multiple applications or respond to a variety of different system or capacity services that offer additional or alternative revenue streams to asset owners and investors.

AEMO’s battery storage forecast therefore “doesn’t consider the ability of system services contracts to be able to underpin investment in battery storage that allows batteries to then compete in energy and ancillary service markets,” Cerini said.

“More battery storage will deliver more system and ancillary services while also assisting during peak demand. Underestimating the role of storage may have significant implications for future projects.”