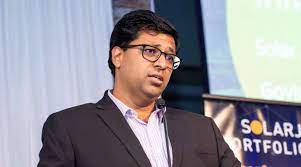 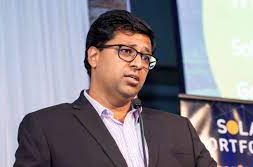 Tributes are flowing in from around the world for Australian solar industry pioneer Govind Kant, who tragically died from the coronavirus sweeping through India in May.

Mr Kant contracted COVID in late April before dying in a Delhi hospital on May 16. The father of two was only 47 years old.

The Sydney resident had travelled to India for his mother’s funeral before travel restrictions meant that he was unable to return. His father and aunty have also reportedly succumbed to the virus.

Prime Minister Scott Morrison said Mr Kant’s death was tragic, and the Federal Government was doing everything in its power to repatriate Australians trapped in India safely.

“It’s terrible what has happened to this relatively young man, and it’s a tragedy when we lose an Australian anywhere. Sadly that happens all around the world when people are in dangerous places,” he said.

“So I feel for the family, but it is not a safe place. We are trying to bring people back safely, but equally, we’ve got to do it in a way which doesn’t put at risk everything that has been achieved here.”

A true pioneer of the solar industry

Mr Kant was Assistant Director at Trina Solar, where he was at the forefront of many innovations, including the Vertex S launch in Australia. This high capacity project was a game-changer that allowed those with space constraints to power their home or business with renewable energy.

Mr Kant’s friend John Chen – manager at Maurubeni Corporation – posted a tribute on Facebook, lauding his impact on the industry.

“Wise and compassionate, your every action towards business and people around you was always good-willed. Helping those in need and seeking support from me to support them,” he posted.

“To those who knew you and those in our industry for or against you, no one can deny the positive impact you have made and the instrumental strength you were. A bar now set well high for all your manufacturing peers,” he said.

Mr Chen was joined by a flood of statements and tributes from throughout the industry:

“Words may not suffice to express the heartfelt sorrow that the team at Trina Solar feels for the passing of our exceptional colleague and friend.”

“The industry has had its heart broken upon news of the death of Govind Kant. Govind was a giant of the industry who had immense respect of so many people who he had built deep professional & personal relationships”

RACV Solar
“We lost a true pioneer and a wonderful human.”

Todae Solar CEO Danin Kahn
“Govind, thanks for everything you did for the Australian Solar Industry – it is all the better for having a champion like you so dedicated and supportive.”

The entire team at Energy Matters extends its sincerest condolences to the Kant family and everyone in the industry that he touched. His legacy will live on through his work, and the world will be a better place for having known this pioneer and benefiting from his life’s work.