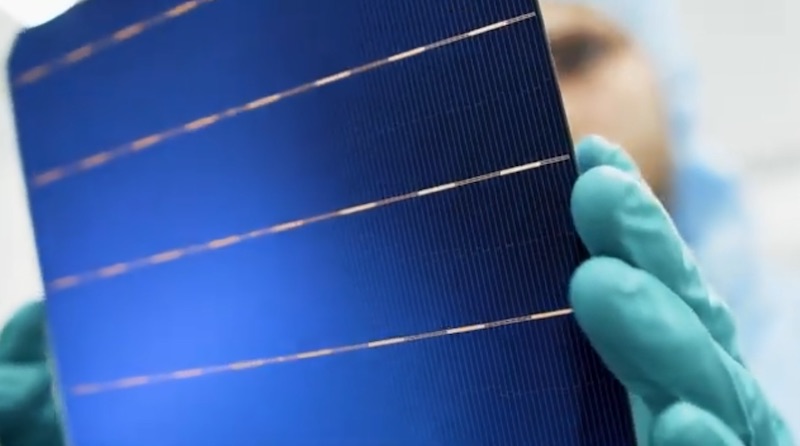 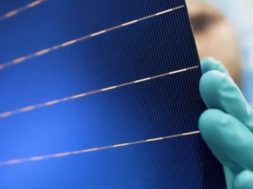 The Australian start up that has achieved a major new benchmark for solar cell efficiency says it hopes to target the rooftop solar market first and then expand into some of the mega, multi-gigawatt scale projects proposed in the north and west of Australia.

SunDrive, a solar start-up founded six years ago in a Sydney garage by two UNSW graduates, last week claimed a world record of 25.54 per cent for commercial size silicon solar cell efficiency, from testing carried out by Germany’s Institute for Solar Energy Research at Hamelin.

The significance of this, however, was not so much the record in itself – impressive as it was – it was the fact that it was achieved using a new breed of solar cells that rely on more abundant and cheaper copper rather than the silver traditionally used in solar cells.

The switch from silver to more abundant and lower cost copper is the principal aim of SunDrive, and the goal when graduates and flatmates Vince Allen and David Hu set up operations in a Sydney suburban garage in 2015, with the backing of solar industry luminary Zhengrong Shi, the founder of Suntech.

Since then, SunDrive has brought in more deep-pocketed investors, including the software billionaire Mike Cannon Brookes and his wife Annie, through Grok Ventures, as well as Blackbird Ventures, and more recently the Australian Renewable Energy Agency.

After a brief burst of publicity following the achievement of the world efficiency record, Allen says the company is “heads down” and focused on getting out of R&D mode, and move into manufacturing, with the first modules scheduled for production in the first half of 2023.

“Initially we will target the residential market,” Allen told RenewEconomy, noting the focus on high efficiency modules, and because the margins are higher.

But SunDrive also has an eye on bigger projects, given the sheer scale of what is needed to turn Australia’s, and the world’s, electricity and energy needs to renewables, and where wind and solar farms on a scale never before seen become a feature of the energy landscape. “That is the plan long term,” he says. 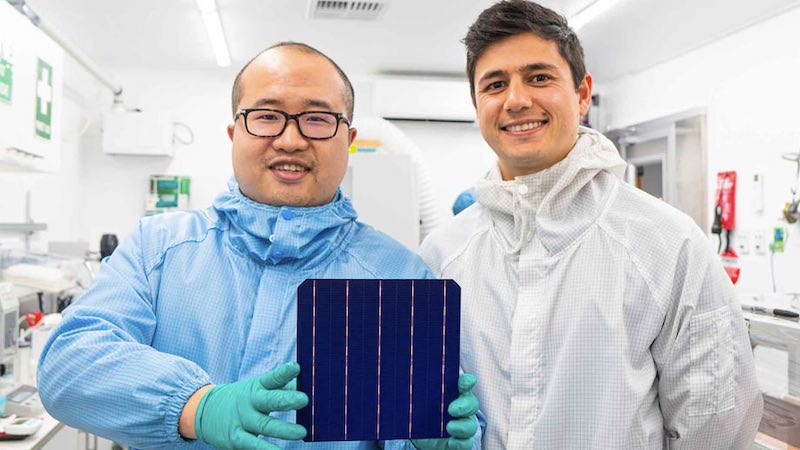 It makes sense, too, because Cannon-Brookes is also backing another Australian solar innovator that was founded in a Sydney garage, 5B, which is pencilled in as a key supplier to another of Cannon-Brookes’ projects, the $26 billion Sun Cable project in the Northern Territory, featuring the world’s biggest solar farm of at least 14GW.

Other projects of significant scale are also in the pipeline, including the 50GW Western Renewable Hub, and the 26GW Asia Renewable Energy Hub, put forward by CWP Global and Intercontinental, and also the as yet unspecified projects that will underpin iron ore billionaire Andrew Forrest’s grand renewable hydrogen plans.

The timing of those projects – unlikely to be built at scale until the second half of this decade – may fit in with the commercial rollout of SunDrive’s technology.

First things first, and for the moment, and because SunDrive is still in the R&D phase, the company is not saying too much more about its technology. But the efficiency record revealed last week appears to be significant for two different but related reasons.

The first is that it will provide a clear path to sustained cost reductions in the manufacturing of solar modules. Allen says improvements in solar cell efficiency were being achieved through different techniques such as heterojunction cells, but they were all relying on the increased use of silver.

But silver has supply problems. Already, 20 per cent of global production is used in the solar industry, and it is not cheap. By achieving similar efficiencies with copper, SunDrive has opened up a whole new path to improving efficiencies and keeping a lid on input costs.

“Usually there is a strong correlation between increased silver consumption and world record efficiency, but the message that we want to get out is that we have been able to break that trend,” Allen says. “That’s important for the future growth of the solar industry.

“We do anticipate it to be quite a step change. Remember that the solar industry is still at a very early stage, Only one per cent of all energy needs are being met by solar. We are just at the start of the next big wave.”

The other big opportunity from SunDrive’s breakthrough achievements, and the prospect of multi-gigawatt solar projects in Australia, is the creation of a domestic solar module manufacturing industry.

Australia has long been a leader in solar technology, much of it from the graduates of UNSW excellent solar school. But the manufacturing opportunities have gone overseas, mostly to China.

The scale of projects now being considered in Australia – and the falling costs of electricity and production thanks to low cost renewables – presents a real opportunity to establish a significant manufacturing industry.

“Hopefully, Australia can better capture the benefits of this technology,” Allen says. He notes that the now mainstream PERC solar technology developed in Australia is now worth $20-$30 billion a year, and little if any of that would be captured by Australia.

“I think Australia is going to be in a better place to reap the rewards,” Allen says. A happy coincidence of ground-breaking technology, deep-pocketed and visionary local backers, and the sheer scale of projects now being considered.