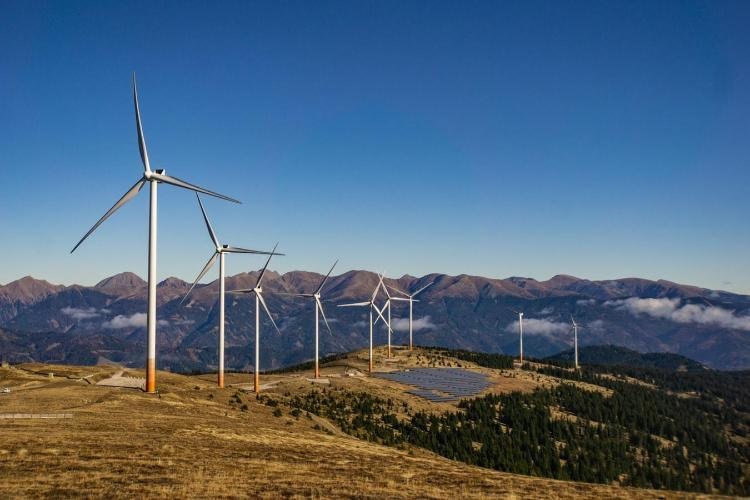 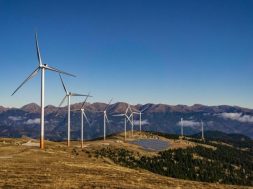 The European Investment Bank (EIB) is pushing ahead with climate change mitigation and environmental protection by providing Europe’s second Green Loan to a company in Austria: Energie Steiermark will receive EUR 90 million of special climate action financing for sustainable investment projects. It is the first EIB Green Finance package in Austria.

More specifically, the funds will be used for further grid expansion measures to integrate renewable energies and other energy-efficiency projects. The EIB, which has a long tradition of financing such projects, has now granted a Green Loan for the second time. This instrument helps companies to implement their clear sustainability and decarbonisation strategies. The EIB Green Loan will only finance projects that are fully in line with the requirements of the Climate Awareness Bonds programme.

On 4 November, the EIB’s Irish Vice-President Andrew McDowell travelled from Luxembourg to Graz to sign the contract with Energie Steiermark’s Management Board Members Christian Purrer and Martin Graf, and emphasised in particular the successful long-standing partnership between the EU bank and the Styrian energy group:

“We have to step up our efforts to combat climate change. I therefore expressly welcome the cooperation with Energie Steiermark. The expansion of Styria’s networks for better integration of renewable energies and a series of investments to enhance sustainability are precisely the right steps towards active climate change mitigation,” said Andrew McDowell.

He added: “The EIB, the European Union’s climate bank, is aiming to considerably increase its efforts to combat climate change. Over the next 10 years, it intends to kick-start climate action projects worth EUR 1 billion. From 2025 onwards, every other project will target climate change mitigation and environmental sustainability, compared to one in four projects today.”

“Our group not only provides concepts, but also makes measurable contributions to achieving the Paris climate targets and the EU’s Green Deal. We are very pleased that this is being acknowledged by the loan from European Investment Bank and that we are sending out a concrete and clear sustainability message. This operation confirms our successful renewable energy strategy,” stated Christian Purrer, Energie Steiermark’s Board Spokesman. “We’re not just talking about climate protection, we are taking action. Our green investment and innovation package also provides a strong boost to the regional economy, with more than 80% of orders going to Austrian companies. It will substantially support the achievement of the objectives of the Austrian ‘Mission 2030’ climate and energy strategy and bring it into line with Styria as a business hub.”

Energie Steiermark’s CFO Martin Graf commented: “With this Green Loan and the focus on green financing, we are playing a pioneering role in Europe. Sustainable projects also need sustainable financing. Over the next few years, we will invest around EUR 1 billion in the expansion of renewable, CO2-free energy systems and in the development of our smart grids. The main issues here are digitalisation, increased efficiency and new storage technologies.” After a comprehensive market analysis of capital market developments relating to green bonds, green debt certificates and green loans, a conscious decision was made “in favour of the EIB’s product because it is the most environmentally and economically sustainable.” Energie Steiermark’s sustainability report, which has been produced for several years and takes into account the UN’s Sustainable Development Goals (SDG), also had a positive influence on the EIB’s decision.

The EIB funds that have now been made available will be channelled exclusively into sustainable investments in the 30 000-kilometre Styrian electricity grid and will thus ensure the integration of renewable energy. Styria will therefore be even better equipped in the future to increase the use of wind power, solar energy and hydroelectric power, as well as other new technologies, such as electricity storage units, thus continuing to ensure its excellent security of supply.

After the Spanish energy group Endesa in 2018, Energie Steiermark is the second company in Europe to receive an EIB Green Loan.

The EIB’s criteria are extremely stringent: to be eligible for green financing, projects must contribute to reducing CO2 emissions, improving the security of supply and combating climate change, and proof of this must be submitted on a continuous basis in the future.

With its headquarters in Graz, Energie Steiermark is the fourth-largest energy and service company in Austria and focuses on sustainability and renewable energy. The company achieved a turnover of EUR 1.26 billion in 2017 with 1 800 employees and serves around 600 000 customers. It relies exclusively on renewable hydro, wind, solar and biomass energy sources for power generation.