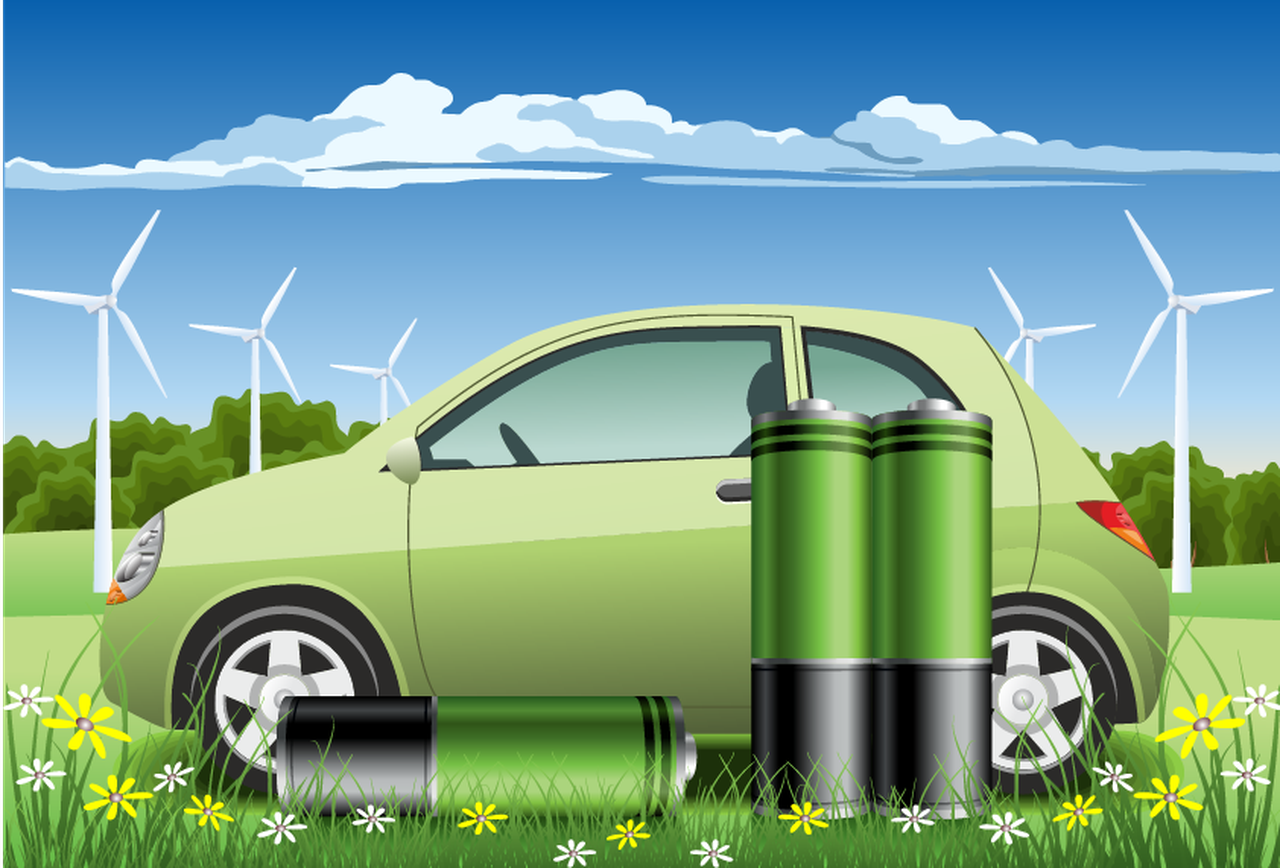 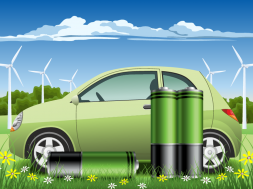 PALM BEACH, Florida: Auto industry investing just may have become more sexy, for so many reason. Electric vehicles are becoming more mainstream every day, in almost every nation. Also, manufactures are cutting production numbers of traditional sedans and turning to trucks based on evolving consumer acceptance; So, it shouldn’t be a surprise that electric trucks are on the rise! According to a new report electric trucks are expected to show strong growth in the global market through 2025. An industry publication stated: “After a sluggish 2018, the electric truck market this year will begin a multiyear run of double-digit increases, a British analyst firm is predicting. The nearly six-fold growth from just under 180,000 units in 2019 to 1.2 million in 2025 will be pushed largely by sales in China. Increased emissions regulations in Asia and Europe also will play a major role, according to the new report, Awareness in the trucking industry that electrification can reduce fuel and maintenance costs also is increasing; a trucking electrification analyst with Interact, told Trucks.com. Active Companies from around the markets today with current and recent developments include: Trackloop Analytics Corp. (CSE:TOOL) (OTC: TLOOF), Electrameccanica Vehicles Corp. (NASDAQ: SOLO), NIO Inc. (NYSE: NIO), Tesla, Inc. (NASDAQ: TSLA), REV Group, Inc. (NYSE: REVG).

An additional segment to keep watch over is the aftermarket auto parts industry. According to a recent report, the worldwide market for Auto Parts and Accessories is expected to grow at a CAGR of roughly 4.4% over the next five years, will reach 2543700 million US$ in 2024, from 1969100 million US$ in 2019, according to a new GIR (Global Info Research) study.

This collaboration has created a disruptive solution which will be alternative to conventional refrigeration units for urban delivery vehicles. Most delivery vehicles used commercially are either petrol-powered or diesel-powered and consume a significant amount of fuel. Trackloop’s software allows users to monitor and control all systems related to operation of the refrigeration unit, as well as location tracking. The two vehicles are currently being used for commercial demonstration purposes by Baldor Electric Company, owned by ABB Group (NYSE: ABB), in New York and Raley’s Supermarkets & D&D Produce in California. The vehicles have also been showcased at several food delivery and advanced transportation expos.

“We are very proud to be with leaders in the the food logistics industry, involved in building a more sustainable future. Working with BYD Motors and Volta Air on this project to successfully demonstrate the value of all-electric refrigeration delivery vehicles is a massive milestone in the company’s roadmap, and the industry as a whole,” said Trackloop CTO, Zayn Kalyan.

Trackloop is looking beyond existing technology to the future of the delivery vehicle industry as electrification and automation takes over the motor-vehicle industry as a whole. The company’s vision is to be vehicle agnostic and push the envelope, ensuring robust integration to electric and autonomous delivery vehicles. Read this and more news for Trackloop Analytics at: http://www.financialnewsmedia.com/news-tool

In other industry developments and happenings in the market this week include:

Electrameccanica Vehicles Corp. (NASDAQ: SOLO) closed up over 223.13% on Wednesday at $4.33 trading over 38.3 million shares by the market close. Its average volume is slightly over 280,000. The company, a designer and manufacturer of electric vehicles, hosted a virtual roadshow webinar on February 13, 2019 at 8:30 a.m. Pacific time. Jerry Kroll, Founder and CEO of Electra Meccanica, presented an overview of the business model and growth initiatives. The webinar was be accompanied by a presentation and followed by a question and answer session, which can be accessed via the webcast link or dial-in numbers below.

NIO Inc. (NYSE: NIO) recently announced that it closed its previously announced offering (the “Notes Offering”) of US$650 million in aggregate principal amount of convertible senior notes due 2024 (the “Notes”). The Company has granted the initial purchasers in the Notes Offering a 30-day option to purchase up to an additional US$100 million in principal amount of the Notes. The Company plans to use part of the net proceeds from the Notes Offering to pay the costs of the capped call transactions and the zero-strike call option transactions described below and use the remainder of the proceeds on research and development of products, services and technology, development of manufacturing facilities and the roll-out of supply chain, sales and marketing, and other working capital needs. An entity affiliated with Tencent Holdings Limited, one of the Company’s principal shareholders, and an entity affiliated with Hillhouse Capital Management Ltd., another one of the Company’s principal shareholders, have purchased US$30 million and US$5 million, respectively, principal amount of the Notes in the Notes Offering on the same terms as the other Notes being offered.

Tesla, Inc. (NASDAQ: TSLA) recently announced that the company had entered into a definitive agreement to acquire Maxwell Technologies, a leading developer and manufacturer of energy solutions. Tesla will commence an all stock exchange offer for all the issued and outstanding shares of Maxwell (the “Offer”), after which the Maxwell will be merged with a Tesla subsidiary and become a wholly owned subsidiary of Tesla.

REV Group, Inc. (NYSE: REVG) recently announced hat its ElDorado National (ENC) Brand of transit bus has received certification from the California Air Resources Board (ARB) on its 40′ 2019 ENC Axess Fuel Cell (FC) bus. This bus is now eligible for the California Hybrid and Zero-Emission Truck and Bus Voucher Inventive Project (HVIP). California transit operators purchasing this make and model bus can receive a voucher for $300,000 per bus. The HVIP program was developed to help speed up the deployment of low-emissions hybrid and zero-emissions trucks and buses, along with vehicles equipped with low NOx engines by helping fleets purchase these advanced technology vehicles with funding support.

DISCLAIMER: FN Media Group LLC (FNM), which owns and operates Financialnewsmedia.com and MarketNewsUpdates.com, is a third party publisher and news dissemination service provider, which disseminates electronic information through multiple online media channels. FNM is NOT affiliated in any manner with any company mentioned herein. FNM and its affiliated companies are a news dissemination solutions provider and are NOT a registered broker/dealer/analyst/adviser, holds no investment licenses and may NOT sell, offer to sell or offer to buy any security. FNM’s market updates, news alerts and corporate profiles are NOT a solicitation or recommendation to buy, sell or hold securities. The material in this release is intended to be strictly informational and is NEVER to be construed or interpreted as research material. All readers are strongly urged to perform research and due diligence on their own and consult a licensed financial professional before considering any level of investing in stocks. All material included herein is republished content and details which were previously disseminated by the companies mentioned in this release. FNM is not liable for any investment decisions by its readers or subscribers. Investors are cautioned that they may lose all or a portion of their investment when investing in stocks. For current services performed MNU has been compensated forty nine hundred dollars for news coverage of the current press release issued by Trackloop Analytics Corp. by a non-affiliated third party. FNM HOLDS NO SHARES OF ANY COMPANY NAMED IN THIS RELEASE.

tags: Auto Industry and World Electric Vehicle Markets Showing Strong Growth Potentials Through 2025
28
previous The world still doesn't have enough places to plug in electric cars
next We Installed EV Chargers In Our Office And Here's How They Power Our Travel Needs Now