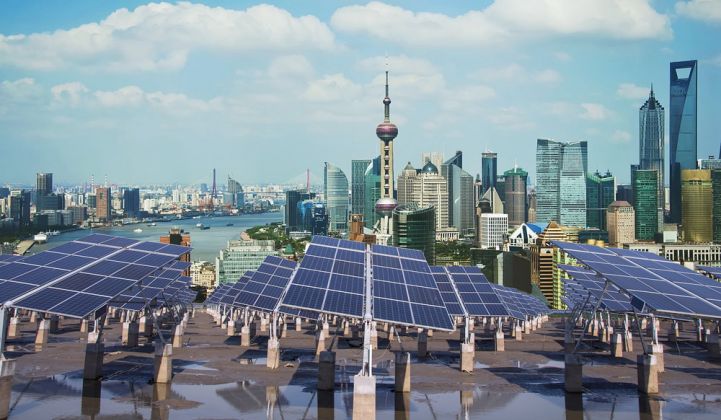 Back from the Brink, ViZn Turns to China for Flow Battery Commercialization 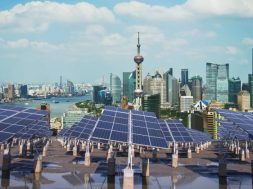 Back from the Brink, ViZn Turns to China for Flow Battery Commercialization

The Montana-based startup will license its unconventional storage technology to a Chinese industrial consortium under a new deal.

Flow battery maker ViZn Energy bounced back from a near-bankruptcy experience last year to land a deal with a Chinese industrial consortium.

Many companies have failed in the quest to commercialize technological alternatives to lithium-ion batteries, which supply nearly all commercial energy storage installations in the current market. ViZn appeared to be heading that way last March, when an investor pulled out and the company put operations on hold.

A new $15 million round came through in June predicated on the company shifting away from the development business to more of a technology supplier role. That strategy appeared to pay off this week, when ViZn announced a partnership with a consortium of Chinese companies called WeView Energy Systems.

“That consortium has invested in ViZn to bring this technology to high volume production in China,” said CEO John Lowell in an interview. “The demand from them is going to be measured in the hundreds of megawatts.”

Under the agreement, ViZn will license its technology to the consortium, which will manufacture and develop projects in China. The group includes Hasen Electric, Shanghai Lingxin, Intelion and Jiangxi Lelai, and they collectively work with a subsidiary of PowerChina, the massive state-owned power plant construction firm. The group also made an equity investment in ViZn.

In the six months since the restructuring, ViZn quietly chipped away at testing hundreds of stacks of its latest zinc-iron flow battery design. The new model uses one-third of the parts and costs half as much to produce as the previous iteration, Lowell said. It also performs 20 percent better on energy capacity and power delivery.

ViZn’s real-world operations remain scant: a pilot system runs at the Idaho National Laboratory, and a commercial system is operational at a resort microgrid in Nicaragua. ViZn will soon ship pilot systems to partners in Europe and China.

The plan is to finish testing and pilot work over the next six months and ship commercial units in the second half of 2019, Lowell said.

It should be emphasized that lab-to-market timelines for batteries have a way of stretching out, and grand agreements to enter the Chinese energy market don’t always materialize.

The primary use case for the China market will be renewables integration, Lowell said. The government has built out massive amounts of renewables, and now faces high rates of curtailment. It is looking for batteries that can store solar power for use in the evening, then charge up again over night for dispatch in the morning.

That heavy duty, multiple-cycles-a-day operation would be rough for conventional lithium-ion batteries, so Chinese companies became interested in vanadium flow batteries. The price of vanadium has skyrocketed in recent years, however, and now hundreds of megawatt-hours of vanadium flow projects are on hold in China, Lowell said.

ViZn pitched its technology based on the lower cost of active materials in its zinc-iron chemistry. The balance of plant costs are similar between both types of flow systems, but Lowell claims his electrolyte is one-tenth the cost per kilowatt-hour of a vanadium electrolyte.

The WeView deal opens up a route to the China market for ViZn’s technology, which would be hard for a small Montana-based startup to achieve on its own. The agreement includes a minimum royalty payment to ViZn each year.

“If the technology works as advertised and as demonstrated, their minimums are a small fraction of their business potential,” Lowell said.

Flow batteries haven’t taken off in the U.S. market, where bankability and price competition favor lithium-ion projects backed by a large balance sheet.

“I don’t see this as running from the U.S. market,” Lowell noted.

Establishing a manufacturing base with the industrial partners will help scale the flow battery supply chain and reduce expenses. And, if the hundreds of megawatts of deployments materialize, they would provide valuable field data to support sales of the technology elsewhere.

That choice to step back from development and deploy through larger, better capitalized partners reflects a strategic shift as part of ViZn’s restructuring.

“It’s the Intel Inside version, from the PC world,” Lowell said. “It takes a lot less money, and you don’t sell as much, but you’re selling a smaller, more profitable license and other people can do the heavy lifting.”

The race for scale

So far, the mark of a leading flow battery company is avoiding bankruptcy. The race for wide scale deployment is wide open.

Relying on sales in a foreign market with its own unique complexities carries risk, but it can pay off. Fluidic quietly deployed thousands of long-duration zinc-air batteries in Indonesia and Latin America, using similar technical arguments to those ViZn makes. With those installations, the company attracted a billionaire buyer who now wants to take the product to the U.S. and worldwide.

That’s a fairy-tale ending for a storage tech startup, not an outcome to bank on. At the very least, it shows unconventional batteries call for unconventional growth strategies.