Banpu Public Company Limited (Banpu) has reported its first investment in the solar energy sector in China to the Stock Exchange of Thailand. Through a subsidiary of its wholly-owned Banpu Power Public Company Limited (‘BPP’), Banpu has signed Sales and Purchase Agreements for the rights to acquire 100% of the share capital in four solar power projects in Shandong province with an aggregate capacity of 78.5 MW. The transfer of share ownership is subject to successful on-grid connection of the projects expected by mid-2016.

“Entry into solar power in China is part of BPP’s strategy to invest in markets with attractive growth fundamentals and strong government support. We are building on the success of our solar business in Japan and a decade of power sector experience in China. With the addition of these solar operations in Shandong and the completion of the 1,320 MW Shanxi Lu Guang power project in 2017, Banpu is on track to increase its power generating capacity to 4,300 MWe by 2025 of which around 20% should be renewables-based,” said Ms. Somruedee Chaimongkol, Chief Executive Officer, Banpu Public Company Limited.

Shandong is China’s third largest province by GDP with a population of over 90 million people. BPP has operated a 70%-owned coal-fired combined heat and power plant, Zouping, in Shandong since 2006. Electricity generated from all the four solar projects will be supplied to the provincial grid with an agreed structure for power tariffs and subsidies. The total project cost of all four plants is estimated at RMB 604 million, approximately USD 93 million, financed by combination of debt and equity.

In the first quarter of 2016, Banpu’s power business EBITDA increased 10% QoQ to USD 42 million with net profit contribution from China Power maintained at a solid level of USD 18 million. BLCP in Thailand reported a strong quarter with smooth operation, high dispatch rate, with an equity income contribution to Banpu of USD 20 million. Reporting an equity income of USD 1.4 million, the Hongsa operation in Laos was still in the ramp-up process with the last unit commencing commercial operation on 2nd March 2016.During the first quarter, Banpu’s coal operations continued to achieve cost savings and

“Thanks to the solid performance of our power business and careful cost management at our coal operations, our quarterly consolidated EBITDA stabilized at around USD 120 million, the same as the previous quarter. Looking ahead we expect to see contributions from our new US shale gas business and additional cashflow growth from our power business. Our shareholders have an opportunity to invest further in Banpu’s future through the Rights Offer at five Baht per share with subscription period from 23rd May – 31st May this year. The funds raised through the Rights Offer and Warrant issue will put us in a strong position to take advantage of new growth opportunities in the years ahead,” concluded Ms. Chaimongkol. 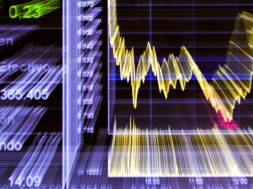