West Bengal, which has been incorporating the latest technologies to reduce transmission and distribution losses, is expecting to add over 2,000 megawatt (mw) of power in the next five years including 300 mw of solar power, a state minister said on Friday.

“We will be adding over 2,000 mw of power in the next five years. There will be a mix of thermal, solar, hydro and other alternative sources in the capacity addition,” West Bengal Power Minister Sobhandeb Chattopadhyay said at the 9th Energy Conclave organised by CII.

According to him, the state has made progress in terms of adding capacity in solar power and the present capacity would be to the tune of 200 mw of solar power.

He also said renewable energy has become an important component in achieving energy security and to diversify the power mix.

The state government has been “introducing latest technologies” to reduce transmission and distribution losses and at the same time is putting in efforts to improve the quality of power, Chattopadhyay said, adding that some old thermal power plants in the state have been dismantled and these will be replaced by modern ones to improve power generating efficiency. 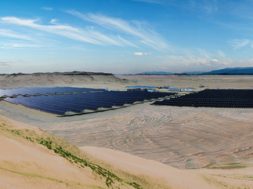