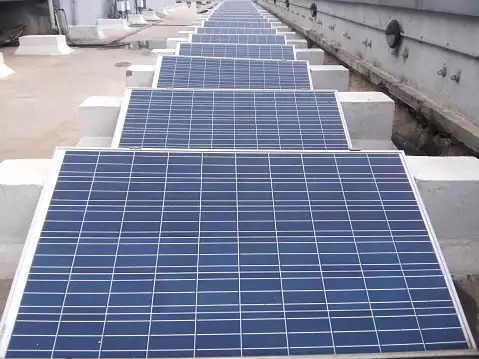 BENGALURU: While the first section (Yelachenahalli-Silk Institute) of Namma Metro’s Phase 2 is all set to be inaugurated on Thursday, passengers say Bangalore Metro Rail Corporation Limited should focus on improving aesthetics and providing solar panels in new stations. They feel many stations look like godowns owing to lack of good design. 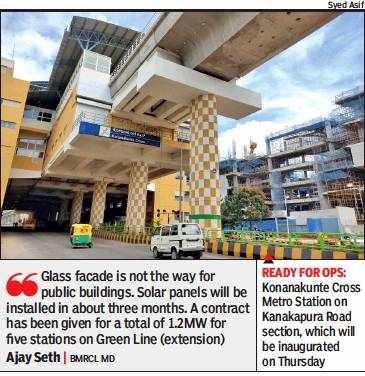 “Some of the newest stations near Konanakunte, etc are just huge pillars consuming lots of already deficient space for public. Not sure why they want such structures. They never try to learn from metro construction in Hyderabad Delhi as they are much lighter and prettier (sic),” tweeted @jiboyv. @bengalurutrains wrote: “Namma Metro’s outlook is like a 10-20yrs old BIT college building (sic).”

Many Bengalureans pointed out that Metro stations in cities like Kochi have better exteriors and finishing.

Naresh V Narasimhan, an architect and urban designer, said: “Till now, Namma Metro stations have been designed with a focus on engineering efficiency. In future, they could easily be imagined as cultural hubs for local communities. Stations are not just about boarding and alighting from trains. With a Metro station coming up in every 2km of the entire network, BMRCL could consult local communities and set up cultural venues on its premises.”

All new Phase 2 stations to be solar powered: BMRCL

While Metro rail corporations in Delhi, Kochi, Mumbai and Chennai have installed solar panels to tap renewable energy, BMRCL is yet to take such an initiative.

Sudk @SuddiK wrote on Twitter: “When Delhi & Kochi metro can source its power requirements from solar energy, why is @nammametro not planning to execute & help the environment? (sic).

BMRCL officials said they have decided that all new stations under Phase 2 will have solar panels. “We are designing them in such a way that solar energy can be tapped,” an official said.

In 2016, the corporation had signed an agreement with ClearMax Solar to set up panels at Byappanahalli and Peenya Metro depots. However, it is yet to translate into reality. Officials said they will take steps to install solar panels at the two depots with a combined capacity of 1.8MW. However, BMRCL authorities said there’s no plan to add the feature to existing stations.