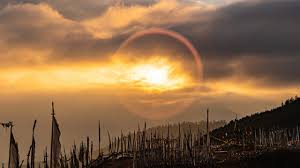 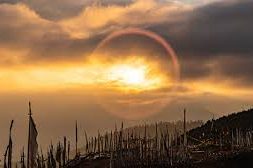 By floating a tender for setting up the country’s first ground-mounted solar plant, Bhutan has made a maiden attempt at deploying renewables other than hydropower.

It is well known that Bhutan is endowed with large renewable resources. Renewable energy is a form of energy collected from naturally-replenishable resources such as sunlight, wind, rain, tides, waves, and geothermal heat. With a noticeable drop in the cost of generation, today renewables claim higher shares in the energy-mix of many nations.

Having an installed capacity of 2.33 GW, Bhutan over the years has successfully developed its hydropower resources, much of which is exported to India. However, the nation has not harnessed other renewable sources like wind and solar power, depending entirely on hydropower. Now by floating a tender for setting up the country’s first ground-mounted solar plant, Bhutan has made a maiden attempt at deploying renewables other than hydropower.

Renewables like solar, wind, bioenergy and small hydropower are less complex and more reliable. Unlike hydropower, a breakdown in one grid does not affect the entire network and helps avoid systematic power outage. Thus, ‘decentralised’ systems could help nations provide off-grid electricity and reduce the load on electricity generated through hydropower.

The Bhutan Renewable Energy Master Plan estimates that the country could produce 12 gigawatts of solar and 760 megawatts of wind energy. Yet the country’s current installed capacity for renewables, apart from large hydro plants, only amounts to 9 megawatts. The country is piloting projects in solar, wind energy, biogas and small hydropower.

According to International Renewable Energy Agency, renewable energy technologies can help strengthen grid supply while reducing dependence on fuel, wood and kerosene for cooking and heating. In doing so, they can complement hydropower, which has been central to providing electricity access in rural areas of Bhutan. According to the Director of Renewable Energy Department, Phuntsho Namgyel, by meeting domestic demand through other renewables, the country could prioritise the use of hydropower for export.

However, this transition to non-hydro renewable energy is not without challenges. Lack of or appropriate incentives for harnessing alternative renewable energy sources, poor eco-system for green and renewable technology, lack of experts, and lack regulatory and policy frameworks among others have impeded the diversification goals.

In July this year, the country’s department of renewable energy signed an MoU with an NGO, Bhutan Ecological Society, to collaborate on various areas of implementation, promote renewable energy and energy efficiency and mobilise funds to support such activities. This is a welcome step by the Royal Bhutanese government to utilise private sector’s expertise by involving them in renewables.

Bhutan is part of the International Solar Alliance (ISA), launched by India with France during the COP21 conference in 2017 that aims at implementation of the Paris climate agreement through deployment of solar energy. Bhutan has joined the framework agreement signed by 87 countries which came into effect on 20 July 2020.

The ISA seeks to bring together countries to provide a collective response to the main common obstacles to the massive deployment of solar energy in terms of technology, finance and capacity. The objective of the ISA is to mobilise member countries, seek commitments from international organisations and mobilise private sector, to support rural and decentralised applications, access to affordable finance, island and village solar mini grids, rooftop installations, and solar e-mobility technologies.

India’s ‘One Sun One World One Grid’ initiative of achieving cross-border solar connectivity through sharing of solar resources among countries could help Bhutan to diversify its energy mix. Bhutan already has electricity trade with India and draft procedural guidelines are in place for firms to participate in electricity trade. While, hydropower would continue to be the major source of electricity traded, solar and even wind powered grids could be possibility in near future.

There is a trend of an increase in domestic power consumption all over the world owing to the imposition of nationwide lockdown by governments. Bhutan is also feeling the pinch of increased power consumption and had to suffer power outages during the lockdown in August. Need for ‘decentralised’ systems in the form of other renewables was considered as one of the solutions to avert such outages in the future.

Covid-19 has also badly hit the livelihoods of people besides economies. Renewable energy projects could also help in livelihood generation at the grassroot levels. 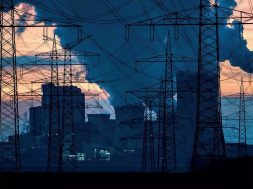 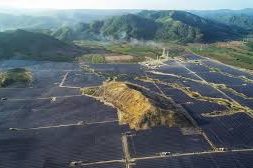