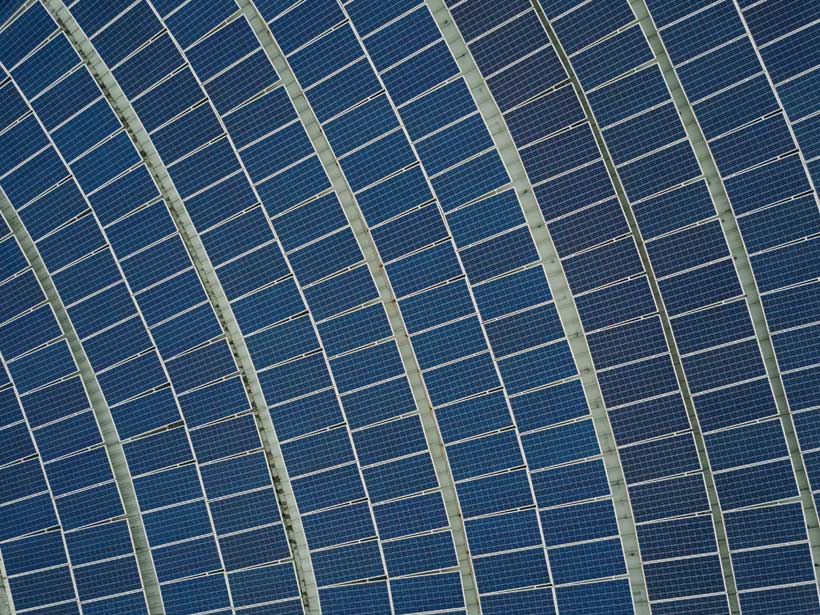 “Secretary Blinken says that America becoming a green-manufacturing superpower will help democracy triumph over autocracy. That’s a lot to ask of a solar panel.”

Kevin Book of ClearView Energy Partners was talking about the recent hawkish turn in the Biden administration’s cleantech rhetoric. President Joe Biden — and his secretary of state — have recast cutting carbon emissions as not just about saving the planet but also saving U.S. primacy on said planet. China is viewed, correctly, as having raced ahead in the energy technologies of the 21st century; an autocracy making democracies look bad.

Invoking the spirit of Sputnik is one way to sell voters on a multi-trillion-dollar green industrial policy. Yet drafting cleantech into a new Cold War also carries risks for Biden’s climate objectives.

Acceptance of cleantech’s affordability and necessity is arriving just as acceptance of globalization falters. The spectacular decline in the cost of renewable energy and storage technologies to date owes much to the dominance of low-cost Chinese manufacturers. Germany’s solar push is perhaps the best-known example. The country has blown past its generation targets, but at the cost of a domestic solar-cell industry decimated by cut-price Chinese imports. As the dollars at stake in cleantech have grown over the past decade, and politics have simultaneously taken a sharp populist turn, so trade disputes and barriers have sprung up.

One way to potentially avoid that trap is to take a leaf from China itself.

BloombergNEF and the Center for Strategic and International Studies have a joint project on cleantech trade and industrial policy (you can download their first report here). Looking at China’s expansion, they identify the mutually reinforcing roles of demand-side and supply-side policies. In other words, don’t offer incentives to just consumers (as Germany did) or just manufacturers

(build it and people might not come). China offered consumer incentives to stoke demand for such things as electric vehicles, which gave manufacturers the confidence to take advantage of their own incentives and build capacity.

o it’s critical that any measures aimed at getting Americans back to work, such as domestic-content requirements or even tariffs, be paired with sustained efforts to build demand, such as Biden’s planned massive expansion of electric vehicle credits. The former would tend to raise the cost of cleantech equipment at least for “say, two to three years,” says Ethan Zindler, head of Americas for Bloomerg

He adds, however, this “could prove a wash in the long run if U.S. manufacturers simultaneously ramp their production” of such things as lithium-ion batteries and thereby reap the economies of scale currently enjoyed by plants in South Korea or China. This is laid out in more detail in the next joint report with CSIS, expected later this month.

Even so, the U.S. will need to pick its battles. For example, China accounts for about 60% of the input to the average solar module. Yet this is already a commoditized product — and not very labor-intensive — so it hardly makes sense to expend billions trying to catch up there. Wind power, where the sheer scale of equipment favors local production, looks more promising.

Existing U.S. strength in autos — including the presence of Tesla Inc. — should also be leveraged; while China leads the world in deployment of electric vehicles, its domestic brands are mostly unknown beyond its borders (as yet). Batteries, meanwhile, still require breakthroughs that formidable U.S. research capabilities, amped up by federal R&D funding, can target.

Even in these more promising areas, the challenge is enormous. Nikos Tsafos, a senior fellow at CSIS, points out the most obvious example of successful reshoring in recent U.S. history: oil and gas production. Whatever else fueled the shale boom, sheer latent capacity concentrated in Texas was a prerequisite. In contrast, cleantech has no Houston (or New York as for finance, Bay Area as for IT etc

Biden’s proposal may not be the Green New Deal, but it is squarely pitched as a New Deal with green characteristics. The emphasis on national renewal, and the dollars earmarked for that, mean the protectionist impulses of his predecessor will continue and quite possibly intensify in different form. Similarly, Biden’s geopolitical pitch carries uncomfortable echoes of “energy dominance.”

This challenges the assumption that weaning our economies off fossil fuels — oil, especially — in favor of distributed, manufactured energy technologies would take the drama out of this particular arena of international contest. Even if the objectives are very different, measures such as China’s Belt and Road initiative and the EU’s proposed carbon border adjustment mechanism point to an emergingenergy market potentially as confrontational as the hydrocarbon one.

As the world’s biggest economy and military power heads down this path, that potential expands enormously. Besides the pressures of populism, the U.S. is waking up to its strategic vulnerabilities on critical minerals for cleantech; similar, if less acute, to what happened decades ago with oil, with all the lasting neuroses that engendered.

While the country is more ambivalent about its alliances compared to when Moscow was the primary adversary, Biden’s recommitment to international forums such as the Paris Agreement suggests green energy rivalry need not descend completely into a Risk-like free-for-all. As before, the U.S. represents both a huge market and a deep pool of private finance — particularly exuberant right now — that it

can leverage to secure deals. Above all, with China’s emissions almost double those of the U.S., winning this peculiarly carbon-constrained Cold War means doing one thing differently from the last: not just outcompeting Beijing, but coopting it.

tags: Biden Cold War Solar Panels
0
previous Wind Turbine Models included in the RLMM after declaration of new procedure
next Hyundai plays catch up in EV market with car that can cook dinner