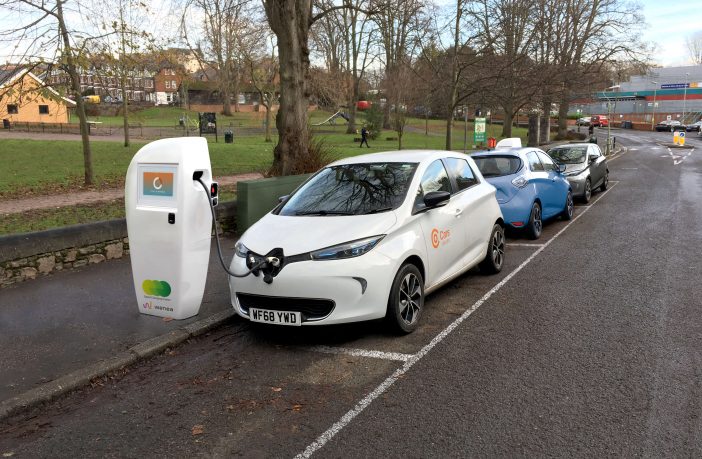 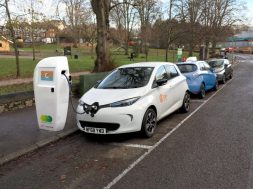 President Joe Biden is calling for sweeping investment in electric vehicles, renewable power and the electric grid as part of a broad blueprint to bolster the U.S. economy while combating climate change.

The president’s plans, part of a $2.25 trillion infrastructure and stimulus blueprint he is set to unveil in Pittsburgh on Wednesday, are meant to catalyze investments in a clean energy economy and encourage low-emission technology necessary to constrain global warming. They also could buttress a carbon-cutting pledge the administration is preparing to unveil in April, as part of the U.S. return to the Paris climate agreement.

Biden’s initiative would give a 10-year extension to tax credits that have been a boon to wind, solar and other renewable energy projects. His plan, which requires congressional approval, would also make those clean energy tax credits refundable — a so-called direct-pay option that developers have sought as tax equity financing has dried up.

Backers of the extension argue the historically unpredictable nature of the tax credits have rendered them less effective and insisted that consistency is necessary to propel renewable power projects.

“It’s that type of long-term reliability that we need as industry,” Suzanne Leta, head of policy and strategy at SunPower Corp., said in an interview Tuesday. “The stops and starts of the past should not be the way forward for this administration or Congress.”

Biden’s announcement could boost stocks in the EV and clean-energy sectors, both of which have slumped in recent weeks amid the investors’ shift from growth to value names. This market rotation, prompted by optimism about accelerating vaccination rates and a reopening economy, is heightening demand for beaten-down sectors like airlines and restaurants and hurting stocks that surged last year and are seen to be overvalued.

Sunrun Inc., the biggest residential-solar company in the U.S., rose as much as 7.5% on Wednesday. Sunnova Energy International Inc. surged as much as 13%.

Biden is also asking Congress to dedicate spending to electric vehicle rebates, charging ports and electric school buses in a quest to drive motorists away from conventional, gasoline-powered automobiles.

Some $174 billion in government funding would go to the electric vehicle initiatives, according to a White House fact sheet summarizing the Biden plan.

Under Biden’s blueprint, Congress is also being asked to sustain tax incentives that encourage more motorists to buy electric vehicles. Those tax credits are currently valued at as much as $7,500 for the purchase of an electric vehicle.

But Tesla Inc. and General Motors Co. have already passed an existing 200,000-per-manufacturer ceiling at which the value of those credits phases down.

Biden is asking Congress to “give consumers point-of-sale rebates and tax incentives to buy American-made EVs, while ensuring that these vehicles are affordable for all families and manufactured by workers with good jobs,” the White House said.

Senator Debbie Stabenow and Representative Dan Kildee, both Michigan Democrats, are working with the White House and Democratic leadership on a plan to do away with the 200,000-vehicle ceiling.

Another possible change includes better targeting the credit to middle- and lower-income motorists — a shift that was part of the Biden campaign’s tax plans, according to the Tax Policy Center, which analyzed them last year.

The president is also doubling down on his commitment to create a Civilian Climate Corps putting Americans to work conserving public lands and waters. Other opportunities telegraphed by Biden include work capping orphan oil wells and abandoned mines nationwide.

Biden is also seeking an expansion of a tax credit that supports the underground storage of carbon dioxide, which is popular with both environmentalists and oil companies.

According to the White House summary, Biden’s plan would revamp the carbon-capture tax credit so it benefits retrofits of existing power plants, technology directly capturing greenhouse gas emissions from the air and hard-to-decarbonize industrial sectors, such as steel and cement making.

Electric grid improvements are also on Biden’s agenda, which envisions the creation of an investment tax credit focused on electric transmission, as well as permitting changes to promote the siting of new power lines along roads and railways.

The tax credit would help encourage the buildout of some 20 gigawatts of high-voltage capacity power lines, according to the White House.