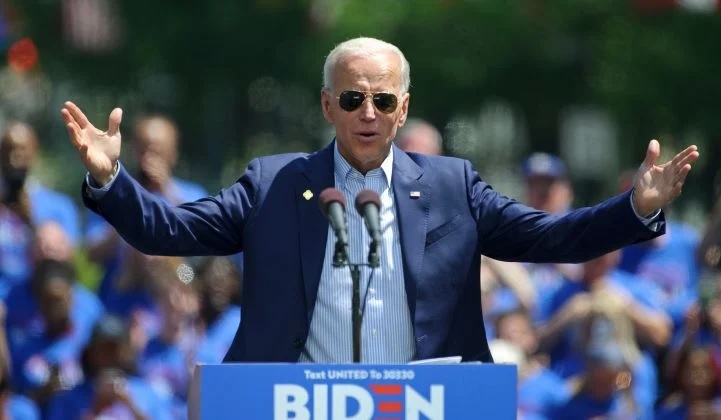 The Biden administration has an ambitious agenda for expanding renewable energy, but challenges stand in the way including rebuilding jobs and navigating the coronavirus pandemic

The Biden administration has an ambitious agenda for expanding renewable energy, but challenges stand in the way including rebuilding jobs and navigating the coronavirus pandemic. Biden’s presidency could be a boon to a renewable energy industry that is already growing, despite the Trump administration’s focus on fossil fuels and challenges posed to new installations by the pandemic.

The wind and solar industries have managed to grow despite a less-than-supportive Trump administration, which put a premium on fossil fuels such as coal. Critics also accuse fossil-industry-friendly executives in the Trump administration of slowing down processing of renewable energy projects, particularly offshore wind farms.

Environmentally friendly energy proponents have a new ally in the White House in Biden, who has set a goal of 100% renewable energy by 2035. Now comes the hard part – making it happen. The pandemic has cost the renewable energy industry – which relies heavily on labor – some 400,000 jobs.

The pandemic has also made it more difficult to build wind and solar infrastructure and redirected valuable federal resources away from the energy sector. There’s also the challenge of getting pro-environment legislation through a deeply divided U.S. Senate where Democrats hold the narrowest margin possible and have some key members in fossil fuel states.

Still, last year was a record year for wind and solar power installations despite those difficulties. And the future could be even better. To reach Biden’s goal of 100% renewable energy goal will also require a massive buildout of grid infrastructure to get the energy from the windy plains or offshore wind farms over long distances the cities where electricity is needed.

Members of the industry say reaching the goal is a massive undertaking, but there’s optimism that it can happen. They also believe Biden’s expected focus on new environmental regulations will make wind and solar power more competitive against old stalwarts like coal.