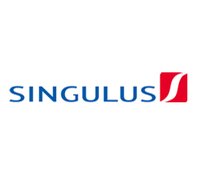 On the occasion,  Shri Piyush Goyal said “ Our focus and our efforts have been that eastern parts of India should progress fast and gets benefits of rapid growth in infrastructure , which over the years has suffered behind the curve of growth….. should benefit from enjoy the fruit of development and rapidly catch up the rest of India. This has been promised and guiding principle of the Government of India and our department have made focused efforts to bring about paradigm change in the Power Sector in Bihar over the last 22 months.” Shri Goyal further said “I am delighted that the state government rapidly worked to prepare the agreement between the Discoms and state government and the centre. All of us stand committed to working as a team India to ensure the benefits of progress….. the benefits of development and growth reach every citizen of the country particularly of the Eastern India …….particularly of Bihar. Reiterating his commitment of  fulfilling all the assurances made in Bihar Package, Shri Goyal said “The Government stands committed to all the assurances that were made in terms of Bihar package which included a UMPP at  Banka for which now a coal mine has also been allotted and cheaper coal given to Barh so that the cost of power reduced nearly by Rs 2/- a unit which includes quickly implementing Deen Dayal Upadhyaya Gram Jyoti Yojana( DDUGJY) scheme and Integrated Power Development Scheme so that power can reach every home in Bihar…. who have been remained deprived of electricity for nearly 7 decades….. also rapidly completing the incomplete projects of the 11th and 12th Plan which also need to be completed along with new projects . Shri Goyal further  informed that 981 Mega Watt of power from Bhutan has been allotted to Bihar and from Buxar Thermal Power Plant , 1310 Mega Watt of Power will be given to Bihar.”

In his speech broadcast over phone at the ceremony from Patna, Shri Bijendra Prasad Yadav , Minister of Energy & Commercial Tax, State Government of Bihar thanked Shri Piyush Goyal on behalf of State for bringing UDAY Scheme . He assured that all targets given in the MOU will be achieved. He hoped that Centre Government will allot more power to the State.

The Distribution Utilities of the country are reeling under heavy debt burden. As on 30th September, 2015, the outstanding debt of the DISCOMs stood at Rs.4.3 lakh crore.  In order to bring relief to these Utilities from the burden of debt, and to improve their overall performance, Government of India launched the Scheme UDAY on 20th November, 2015, after a series of discussions with all the stakeholders, namely the State Governments, DISCOMs, lenders etc. UDAY is an aim to ensure a permanent solution to the debt-ridden Distribution utilities to achieve financial stability and to improve their operational efficiencies, for sustained growth.

Bihar is the sixth State to have accepted UDAY for bringing about a positive change in the Power Sector scenario of the States. Rajasthan, Uttar Pradesh, Chhattisgarh and Jharkhand have already signed the MoU under UDAY for operational and financial turnaround of DISCOMs.  With the signing of MoU with Bihar, approximately 33% of the DISCOM debt, ie. around Rs.1.40 lakh crore, would be restructured. Gujarat has also signed the MoU for operational turnaround, considering the healthy financial position of the DISCOMs of the State.

The Government of Bihar has taken a major step towards improving the financial health of the DISCOMs by signing the MOU under UDAY and agreeing to take over the debt of the DISCOMs. The Government of Bihar would take over Rs.2332 cr. of DISCOM debt, being 75% of the total DISCOM debt of Rs.3110 cr. outstanding as on 30.09.2015, as envisaged in the scheme. The scheme also provides for the balance debt of Rs.778 cr. to be re-priced or issued as State guaranteed DISCOM bonds, at coupon rates around 3% less than the average existing interest rate. The annual saving in the interest cost to the State would be around Rs.117 cr. on account of restructuring of the DISCOM debt.

UDAY not only focusses on bringing about financial turnaround of the DISCOMs. It also lays stress on improving operational efficiencies of the DISCOMs. In order to bring about a sustainable turnaround of the DISCOMs, the State of Bihar and the DISCOMs will improve operational efficiency through compulsory Feeder and Distribution Transformer metering, consumer indexing & GIS mapping of losses, upgrade/change transformers, meters etc., smart metering of high-end consumers, thereby bringing about reduction in transmission losses and AT&C losses, besides eliminating the gap between cost of supply of power and realisation. The reduction in AT&C losses and transmission losses to 15% and 4% respectively is likely to bring additional revenue of around Rs.6650 cr. during the period of turnaround.

With the financial turnaround through financial and operational efficiencies, the rating of the DISCOMs would improve, which would help them in raising cheaper funds for their future capital investment requirement. This is expected to provide interest cost saving of around Rs.80 cr. to the DISCOMs.

While efforts will be made by the State Government and the DISCOMs to improve the operational efficiency of the DISCOMs, and thereby reduce the cost of supply of power, the Central government would also provide incentives to the DISCOMs and the State Government for improving Power infrastructure in the State and for further lowering the cost of power. The Central schemes such as DDUGJY, IPDS, Power Sector Development Fund or such other schemes of MOP and MNRE are already providing funds for improving Power Infrastructure in the State and additional/priority funding would be considered under these schemes,  if the State/DISCOMs meet the operational milestones outlined in the scheme. The State shall also be supported through additional coal at notified prices and in case of availability through higher capacity utilization, low cost power from NTPC and other CPSUs. Other benefits such as coal swapping, coal rationalization, correction in coal grade slippage, availability of 100% washed coal would help the state to further reduce the cost of Power. The State would gain around Rs.1086 cr. due to these coal reforms.

Demand Side interventions in UDAY such as usage of energy-efficient LED bulbs, agricultural pumps, fans & air-conditioners and efficient industrial equipment through PAT (Perform, Achieve, Trade) would help in reducing peak load, flatten load curve and thus help in reducing energy consumption in the State of Bihar. The gain is expected to be around Rs.720 cr.The ultimate benefit of signing the MOU would go to the people of Bihar. Higher demand for power from DISCOMs would mean higher PLF of Generating units and therefore, lesser cost per unit of electricity thereby benefitting consumers. The DISCOMs would also increase power supply in areas with reduced AT&C losses. The scheme would allow speedy availability of power to around 1152 villages and 160.60 lakh households in Bihar that are still without electricity. Availability of 24×7 power to hitherto unconnected villages/households etc. would boost the economy, promote industries, thereby improving employment opportunities and see Bihar develop into one of the leading industrialised States in India.

An overall net benefit of approximately Rs.9000 cr. would accrue to the State by opting to participate in UDAY, by way of savings in interest cost, reduction in AT&C and transmission losses, interventions in energy efficiency, coal reforms etc. during the period of turnaround.

UDAY is an effort to make the DISCOMs financially independent and operationally healthy, to be able to supply adequate power at affordable rates, through 100% Village electrification and 24X7 Power For All.