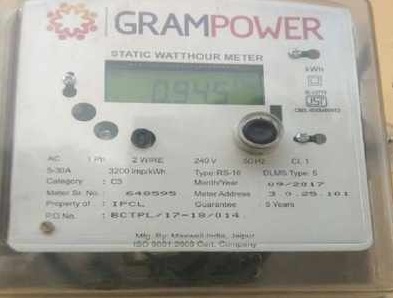 Bihar: Prepaid electricity meters to all consumers in 2 years 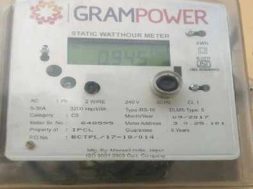 Bihar: Prepaid electricity meters to all consumers in 2 years

PATNA: All the 1.5 crore consumers in Bihar will be provided smart prepaid electricity meters in the next two years. Chief minister Nitish Kumar approved ‘in-principle’ the state energy department’s plan at a meeting on Tuesday, a senior officer told TOI.

State energy department’s principal secretary Pratyaya Amrit made a detailed presentation before the CM and energy minister Bijendra Prasad Yadav about his department’s plan to shift all the 1.5 crore power connections to smart prepaid meters in the next three years. But the CM, while praising the plan, asked the department to reduce the period and try to finish the work in the shortest possible period.

After the CM’s instruction, sources said, the energy department is reworking on a plan to complete the task in the next two years. “The proposal will soon be sent to the cabinet for its formal approval. The work will begin soon after that and most probably within a month,” the official said.

“Once the work begins, Bihar will become the first state in the country to execute such a huge plan of shifting 1.5 crore power connections to smart prepaid meters. No other state has so far planned such a big move,” an energy department officer said, adding once completed, Bihar would be the first state to achieve this milestone.

The department had provided pre-paid meters to 111 consumers at Maurya Lok Complex in Patna on a pilot basis two months back. The trial run has been successful, the official said.

Prepaid smart meter is a pro-consumer step. Once it is installed, the consumer will not need to pay the entire month’s bill at one go. The consumer can recharge one’s electricity meter as per requirements, another official familiar with the technology said.

Meanwhile, the CM also reviewed the solar projects and asked the officials to expedite work on the two power plants proposed at Kajra in Lakhisarai district and Pirpainti in Bhagalpur district to enhance production of solar energy in the state.

He asked industries department’s principal secretary K K Pathak, who was present in the meeting, to issue necessary instructions to the Infrastructure Development Authority for early release of Rs395 crore to the energy department for acquisition of the remaining 20% land required for the two solar power plants.

The two solar plants are slated to be commissioned by 2022. Each plant will produce 250MW of solar energy.

CM also asked the officials to expedite replacement of decrepit electric wires in both urban and rural areas.