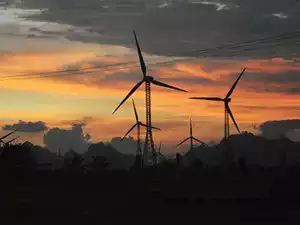 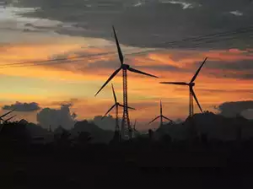 The positive response to the tender has come largely on account of the government actively trying to address land and transmission issues.

SoftBankled SB Energy has made its first pitch for a wind tender in India, bidding for half the 1,200 MW offered in a central government auction that has attracted many bids despite the industry’s worries about land availability and transmission infrastructure.

ReNew Power, Italy-based Enel Power, and France’s EDF bid for 300-MW capacity each, while Adani Green Energy and France’s Engie bid for 250 MW each in the tender for which techno-commercial bids were due to be submitted on Tuesday, industry insiders said.

The tender elicited bids for almost twice the size offered because of a higher ceiling tariff, which makes the projects more attractive for renewable energy companies even though there are hurdles such as land availability and infrastructure to transfer power from the plant to the grid.

Bids totalling 2,325-MW capacity were received by Solar Energy Corporation of India (SECI), which had floated the tender under tranche-VI of wind power capacity in December, by Tuesday evening, sources said.

The positive response to the tender has come largely on account of the government actively trying to address land and transmission issues. Given this is a midsize tender, developers feel that they will be able to wade through these bottlenecks, industry experts said.

“The ceiling tariff of Rs 2.85 was perhaps one of the main reasons why this tender has seen good response,” said a renewable energy firm executive who requested not to be identified.

For SB Energy, this is its first bid to foray into standalone wind projects. The company, which has so far been only present in the solar sector in India, had in December bagged 450 MW in the country’s first hybrid tender that requires both solar and wind projects to be set up at the same location.

“SoftBank has huge growth ambitions in India, but actual progress has been much slower than expected partly because of tender cancellations,” said Vinay Rustagi, managing director at renewable energy consultancy Bridge to India. “It is obvious for them to look at wind and other technologies as riskreward for project developers in all these areas is converging.”

SECI on Tuesday extended the bid submission deadline by a couple of hours till 8 pm following a technical glitch.