Biofuel and the Importance in the Renewable Energy Industry

Biofuel and the Importance in the Renewable Energy Industry

Renewable energy is on the rise. Innovation, falling costs and major operation expansion in emerging economies are all factors that are expected to contribute for major growth. According to a research conducted by the International Energy Agency, the share of renewable energy in global power generation rising to over 26% by 2020, from 22% in 2013. This means that by 2020 the amount of global electricity generation coming from renewable energy will be higher than today’s combined electricity demand of China, India and Brazil. Vega Biofuels Inc. Renewable energy is a diverse industry and includes companies that focus on, biofuels, solar energy, wind power, wave power, hydropower and more. Biofuels by themselves are a significant portion of the market. According to IEA Bioenergy, global biofuels output reached 120 billion liters in 2013, which is a 3.5% of world transport fuel demand. The EU introduced mandate targets biofuels to be 10% of global renewable energy in 2020.

Vega Biofuels Inc. (OTC: VGPR) was formed to pursue the production and sale of biofuel products throughout the world. The Company markets two products, including a renewable energy product called Bio-coal and a soil enhancement called Biochar. With the growing need for clean energy, and the uncertain costs of fossil fuels, power generating plants around the world are looking at more useful and economical methods to run their power systems.

Just yesterday, Vega Biofuels Inc. announced that construction of the Company’s fourth generation torrefaction machine has been completed and includes a pre-dryer to speed production time. Torrefaction is a special process technology that converts timber into a renewable energy alternative to traditional coal for utility owned pulverized coal-fired power plants around the world. The company currently markets a green-energy product called Bio-Coal, a high energy density of up to 13,000 BTUs/Lb and is considered a renewable energy fuel that meets the Renewable Portfolio Standards and Renewable Energy Credits (RECs) in the United States.

“Adding the pre-dryer not only increases our production capacity, it and allows us to produce a much more consistent product for our clients. We feel like this machine is the most robust and durable machine to date. Our plan is to have two additional machines completed in the next few months using this same design,” stated Michael K. Molen, Chairman/CEO of Vega Biofuels Plug Power Inc. (NASDAQ: PLUG) is a provider of alternative energy technology focused on the design, development, commercialization and manufacture of hydrogen fuel cell systems used for the industrial off-road market and the stationary power market. The company’s flagship solution, the GenDrive, is a fuel cell power unit which increases productivity 5% to 6%. Plug Power products have seen real-time operating conditions for more than 107M hours, and the company claims that one single unit can operate as many hours in a year as a car will in its lifetime.

Gevo, Inc. (NASDAQ: GEVO) renewable technology, chemical products, and next generation biofuels company. On October 11th the company announced that it has completed production of the world’s first cellulosic renewable jet fuel that is specified for commercial flights. Gevo successfully adapted its patented technologies to convert cellulosic sugars derived from wood waste into renewable isobutanol, which was then further converted into Gevo’s Alcohol-to-Jet fuel (ATJ) fuel.

Amyris Inc. (NASDAQ: AMRS) is an integrated industrial biotechnology company. The Company is engaged in research and development and sales of fuels and farnesene-derived products. The company has partnered with TOTAL SA (NYSE: TOT) to develop renewable diesel and jet fuels designed to be optimal for transportation and better for the environment. The company’s renewable diesel has been used commercially in the metropolitan bus system in Brazil and the renewable jet fuel has been used in numerous commercial flights with major airlines. 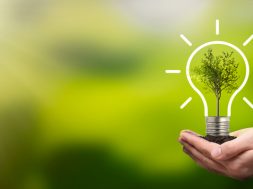 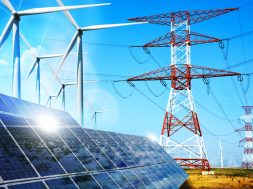