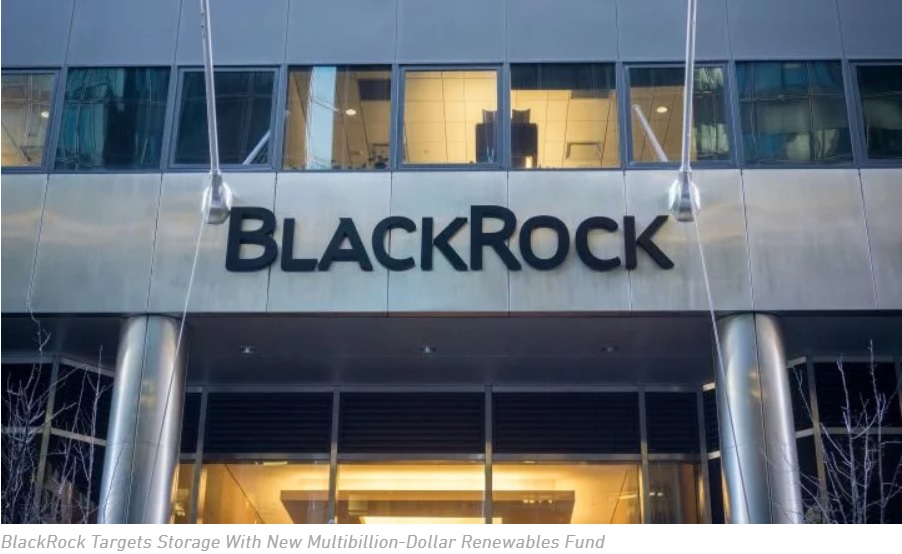 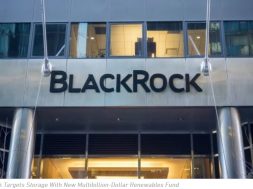 Martin Torres, Americas chief for renewables at BlackRock Real Assets, talks batteries, offshore wind — and why things may be easier once subsidies disappear.

The world’s largest asset manager has a new multibillion-dollar renewable energy fund in the works, and a good chunk of it may go to batteries.

Looking out over the next few years, energy storage is one market “where we’ll see the opportunity set expand,” said Martin Torres, managing director and head of the Americas at BlackRock’s renewables group.

Torres and his team are also “eagerly watching” the emergence of the U.S. offshore wind market, he told GTM.

A transformed investment landscape
BlackRock shook the financial universe this month when CEO Larry Fink said the company will put sustainability at the “center” of its investment approach.

Exactly what Fink’s announcement will mean for BlackRock’s fossil fuel investments remains to be seen. But in the realm of renewables, at least, BlackRock’s green bona fides need little burnishing.

BlackRock launched its first equity fund targeting renewables in 2011; since then it’s played a major role in convincing institutional investors — think pension plans, insurance companies and endowments — to look at wind and solar like they would any other infrastructure asset: boring, safe, predictably lucrative.

Since 2011, BlackRock claims to have channeled $5.5 billion into more than 250 wind and solar projects around the world, a fleet that generates enough power to keep the lights on in Spain. And its appetite for renewables investment keeps growing.

With its third “vintage,” known as the Global Renewable Power III fund (GRP III), BlackRock is targeting $2.5 billion of commitments; in December it announced a record $1 billion “first close,” meaning the fund can begin making investments even as it continues to bring in more capital.

The difference between how the investing world looked at renewable energy a decade ago and the view it takes today is striking.

In 2011, BlackRock was the only big asset manager offering a renewables-only equity fund. The idea was to offer clients a “niche strategy” in what was then commonly referred to as “alternative energy.” And it wasn’t an easy sell.

“People had these negative storylines in their head,” Torres said, noting Solyndra’s high-profile bankruptcy in 2011. “We really had to focus on the underlying economics of the projects and analogizing to regular infrastructure.”

Nearly a decade later, the landscape is almost unrecognizably altered.

Today, “you can’t have a conversation around investing in infrastructure without talking about renewables,” Torres said. “It’s now the single largest area of private-market investable opportunities for infrastructure globally.”

BlackRock’s last renewables fund made a few early investments in behind-the-meter storage projects for commercial and industrial clients — the target market for the business it bought last year from GE, known as Distributed Solar Development.

“As we think about the opportunity set for GRP III, we see more and more opportunity for battery storage,” Torres said. That means distributed or utility-scale storage projects, and both standalone facilities or those coupled with wind or solar farms.

With its own in-house engineering team, BlackRock has been comfortable with battery technology for some time. “It was more the opportunity set; that was really constrained,” Torres said. “I think it’s still largely constrained relative to what it could be.”

In the U.S. market, the challenge for storage is more one of regulation than economics, he said. “A battery can do a lot of things, but in most markets you can’t get paid as an independent project developer for putting a battery on the grid.”

“We’re not looking to take forward bets on regulatory constructs,” he said. “But market by market, you’re seeing some positive changes.”

Wood Mackenzie forecasts blistering growth in the American energy storage market over the next five years, rising twelvefold from 430 megawatts in 2019 to more than 5.4 gigawatts in 2024. Many large storage facilities will be paired with solar plants, while a smaller subset will be coupled with wind farms in congested parts of the grid.

Are the economics there today for hybrid projects? “I think they are,” Torres said.

“It’s market-dependent and technology-dependent. But we’ve now seen a number of utility-scale projects that have a battery storage component, where the overall project economics work on the back of a revenue contract,” he said. “I think we’re there.”

An eye on offshore wind

Another potentially big new horizon for investors is U.S. offshore wind, which is projected to blossom into a multi-gigawatt annual market by the middle of the decade.

BlackRock has already looked at several U.S. offshore wind opportunities, following its earlier investments in Europe. But Torres cautions that the U.S. market may not take off quite like Europe’s did.

“So we’re ultimately going to be constrained by siting and perhaps even just pure economics — whether there are enough utility buyers in the Mid-Atlantic and Northeast.”

That said, BlackRock is “eagerly watching the market,” Torres added. “It’s more a function of having the opportunities available — I don’t think anything else is really limiting us [from investing].”

The long goodbye to subsidies
The era of federal subsidies for U.S. renewables projects is not over yet; the wind market won another one-year extension to its federal Production Tax Credit in late 2019, and the solar industry’s battle will continue to rage in 2020.

Torres, for one, will not be sad to see the era come to the end.

The wind and solar tax credits, and the resultant need for tax equity for projects, mean “significant complexities in capital structuring,” he said.

Planning is difficult when there could always be another extension around the corner.

“On the one hand, you can argue that there’s incremental value being put into the system. On the other, all of that change adds complexity to an already complicated capital-structuring exercise and creates somewhat artificial deadlines for projects.”

“I’m not sure it’s very helpful for projects,” Torres said.

“I think we’re going to be happy to be beyond the point at which [subsidies are] a relevant part of the conversation.”