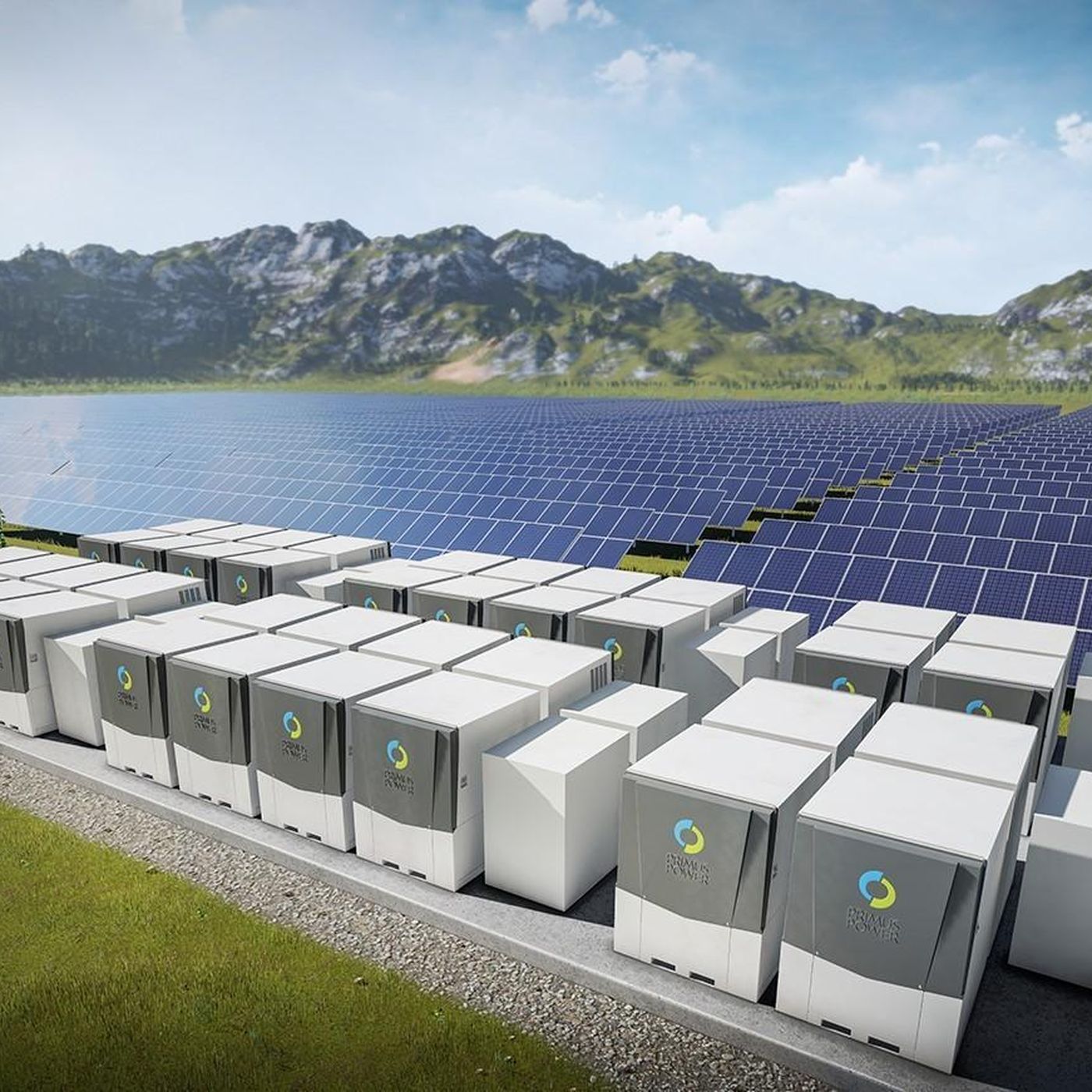 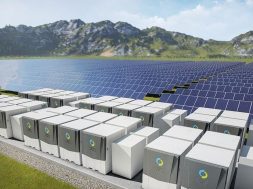 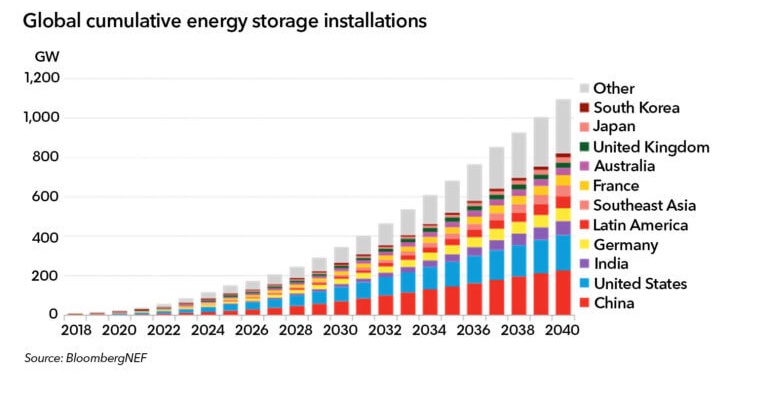 Energy storage installations around the world are expected to multiply exponentially, from a modest 9 GW / 17 GWh deployed as of 2018 to 1,095 GW / 2,850 GWh by 2040, according to a new forecast from research company BloombergNEF (BNEF).

This 122-fold boom of stationary energy storage over the next two decades will require $662 billion of investment, according to BNEF’s estimates. It will be made possible by further sharp declines in the cost of lithium-ion batteries, on top of an 85% reduction in the 2010-18 period. (BNEF’s definition of energy storage installation includes stationary batteries used in eight applications. It excludes pumped hydro storage.)

BNEF’s Energy Storage Outlook 2019 predicts a further halving of lithium-ion battery costs per kilowatt-hour by 2030, as demand takes off in two different markets – stationary storage and electric vehicles. The report goes on to model the impact of this on a global electricity system increasingly penetrated by low-cost wind and solar.

Yayoi Sekine, energy storage analyst for BNEF and co-author of the report, says, “Two big changes this year are that we have raised our estimate of the investment that will go into energy storage by 2040 by more than $40 billion, and that we now think the majority of new capacity will be utility-scale, rather than behind-the-meter at homes and businesses.”

BNEF’s analysis suggests that cheaper batteries can be used in more and more applications. These include energy shifting (moving in time the dispatch of electricity to the grid, often from times of excess solar and wind generation) and peaking in the bulk power system (to deal with demand spikes), as well as for customers looking to save on their energy bills by buying electricity at cheap hours and using it later.

Logan Goldie-Scot, head of energy storage at BNEF, adds, “In the near term, renewables-plus-storage, especially solar-plus-storage, has become a major driver for battery build. This is a new era of dispatchable renewables, based on new contract structures between developer and grid.”

Just 10 countries are on course to represent almost three-quarters of the global market in gigawatt terms, according to BNEF’s forecast. South Korea is the lead market in 2019, but it will soon cede that position, with China and the U.S. far in front by 2040. The remaining significant markets include India, Germany, Latin America, Southeast Asia, France, Australia and the U.K.

There is a fundamental transition developing in the power system and transportation sector, notes BNEF. Falling wind, solar and battery costs mean wind and solar are set to make up almost 40% of world’s electricity in 2040, up from 7% today. Meanwhile, passenger electric vehicles could become a third of the global passenger vehicle fleet by 2040, up from less than half a percent today, adding huge scale to the battery manufacturing sector.

Demand for storage will increase to balance the higher proportion of variable, renewable generation in the electricity system, according to BNEF, and batteries will increasingly be chosen to manage this dynamic supply and demand mix.

The report finds that energy storage will become a practical alternative to new-build electricity generation or network reinforcement. Behind-the-meter storage will also increasingly be used to provide system services on top of customer applications.

The total demand for batteries from the stationary storage and electric transport sectors is forecast to be 4,584 GWh by 2040, providing a major opportunity for battery makers and miners of component metals such as lithium, cobalt and nickel, BNEF points out.