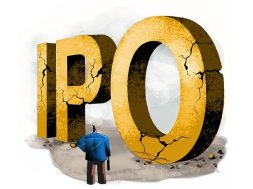 Brookfield plans to continue gauging investor demand for three more weeks before proceeding with a retail offer, the person said

Brookfield Asset Management Inc. is pushing to list a real estate investment trust in Mumbai before the end of this year, which could raise as much as Rs 38 billion ($513 million), according to people familiar with the matter.

The Canadian asset manager has received good response from investors including sovereign wealth funds and pension managers at roadshows in the past two weeks, one of the people said.

Brookfield plans to continue gauging investor demand for three more weeks before proceeding with a retail offer, the person said.

While Brookfield is targeting to complete the offering by the end of the year, the deal could still be delayed if there’s any unexpected market volatility, the people said, who asked not to be identified as the information is private. A representative of Brookfield declined to comment citing regulations.

A successful offering will add to India’s growing number of REIT listings, including the Blackstone Group Inc.-backed Mindspace Business Parks REIT. The debut of Embassy Office Parks REIT last year marked the nation’s first such listing as the regulator kept tweaking rules to make the vehicle more attractive to developers and investors. REITs have opened a fundraising avenue for India’s cash-starved property sector.

Brookfield sent out terms for the Indian REIT offering in September, Bloomberg News has reported. The IPO will also contain a secondary issue of an undisclosed amount by selling unit holders. The terms didn’t specify any listing timeline.

Brookfield, which manages $550 billion in assets globally, owns and operates about 22 million square feet of office properties in India, according to its website. It also operates toll roads, solar and wind assets as well as a construction business in the South Asian nation. Last month, the asset manager agreed to acquire 12.5 million square feet of rent-yielding offices and co-working spaces from an Indian developer for $2 billion.