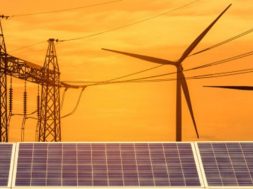 Focus on the measures to improve the viability of electricity distribution segment as well as the to strengthen T&D network would continue to remain the main areas of concentration.

The Government of India (GoI) has recently released the National Infrastructure Plan (NIP) with an outlay of Rs 102 lakh crore for the period from FY2020 to FY2025. Within the various sectors, the energy vertical accounts for the bulk of the investments i.e. about 24% of the overall investment outlay. And in the energy vertical, the investments in the power sector remain the largest at Rs 22.6 lakh crore. The NIP envisages to increase the installed power generation capacity to 619 GW by March 2025 from the current level of 369 GW, with the share of renewables targeted to increase to 39% as of March 2025 from 22% as of March 2019. Given the critical importance of power sector to economic growth and the policy’s emphasis on renewables, focus on the measures to improve the viability of electricity distribution segment as well as the to strengthen transmission & distribution (T&D) network would continue to remain the main areas of concentration.

The progress in improving the financial profile of the discoms as envisaged under the earlier UDAY scheme has remained slow, given that the reduction in AT&C losses is lower-than-expected in some of the key states and as the tariff revisions across majority of the states remained inadequate, thereby not reflecting the movement in the cost structure. The current AT&C loss levels for discoms in several states continue to remain significantly high as compared to the target fixed for FY2019 under UDAY and furthermore, the same in some of the states remain largely unchanged as against the loss reported in FY2015. With an increasing subsidy dependence, the discoms’ book losses are showing an uptrend in FY2020 at an all India level. In this context, the announcement of policy measures are expected in the budget so as to incentivize the power distribution segment including higher budgetary allocation towards strengthening of the distribution infrastructure. This is expected to enable an improvement in the operating efficiencies of the discoms.

The budgetary announcements notwithstanding, timely implementation of such capex by the discoms to curtail the inefficiencies in line with the regulatory targets remains important. This apart, the adequacy of tariff as well as timely and adequate subsidy support from respective state governments to the discoms remains critical for ensuring the sustainable improvement in their financial position. While the provision of letter of credit (LC) or advance payments has been made mandatory w.e.f. August 1, 2019 which is a positive development for generation entities/IPPs in the power sector, the implementation of the same has been mixed so far and does not address the issues pertaining to recovery of old receivables.

Further, in view of the policy target of 175 GW by FY2022 and strong focus towards renewable energy (RE) sector and the challenges being faced by IPPs in achieving financial closure for RE projects, policy measures are expected so as to enable the availability of long tenure financing avenues for such projects. Within the renewable segment, a significant push is thus required from both the Central and State Governments to promote investments in the roof-top solar segment. Moreover, incentives and an enabling regulatory framework so as to ensure the consistency and supportive net metering regulations as well as a single window approach to ensure the procedural approvals are required. In addition, policy measures are required to revive the stranded gas-based projects similar to the scheme implemented earlier to operate these projects using imported R-LNG and subsidy support. Such gas-based projects can be used to meet peak power demand and as balancing power source, given the rising share of renewable generation in the overall energy mix going forward.

The government should also give a push to execution of transmission network strengthening projects (both at intra-state and inter-state level) for evacuation of renewables and this must be accelerated with higher budgetary allocation. This also requires a fast track approach by central/state nodal agencies as well as regulatory bodies for the requisite approvals in a timely manner. The wind and solar power projects are likely to be concentrated in regions suitable for wind and solar power generation respectively, while the consumption is distributed across the states, and this in turn necessitates augmentation of inter-state transmission network in a timely manner.

Girishkumar Kadam is Vice President and Sector Head of Corporate Ratings at ICRA. He is also the Sector Head for Power & Renewables at the rating agency.