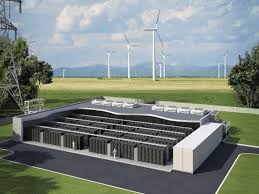 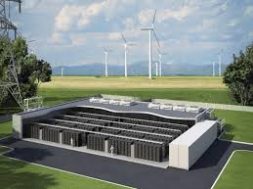 MONTREAL: Hydro-Québec, Canada’s largest electricity producer, on Wednesday entered the fast-growing market for storing renewable energy, where it could face competition from the likes of Tesla.

Hydro-Quebec launched its EVLO unit as countries push to reduce emissions, driving demand for batteries to store energy for homes, businesses and utilities from renewable sources like wind power that are not always immediately available for use.

“To support these intermittent energy sources around the world we need energy storage capacity,” Sophie Brochu, chief executive of Hydro-Québec, told Reuters in an interview.

EVLO will design, sell and operate storage systems aimed at other utilities, commercial and industrial markets for medium-and-large-scale storage, the company said. Competitors could include Tesla or Fluence, owned by Siemens AG and AES Corp.,.

Hydro-Québec aims to capture 10% of a niche market expected to reach $3 billion in the next 10 years.

EVLO storage systems have been tested in actual operating conditions on Hydro-Québec’s grid, the utility said.

EVLO has signed a memorandum of understanding with Innergex Renewable Energy Inc to install a 9-megawatthour (MWh) storage system in the transmission system operated by France’s national provider, RTE. The storage system is slated for commissioning in 2021.

In France, a battery like this could power around 16,600 houses for an hour, Hydro-Quebec said.

Brochu said EVLO is initially focusing on North America and Europe. “That’s not to say we would be limited to this.”

“This is how we will compete with other players that have batteries without the same chemistry.”