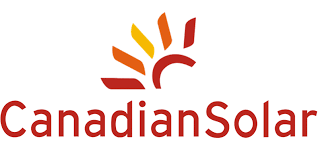 GUELPH, ON : Canadian Solar Inc. (“Canadian Solar” or the “Company”) (NASDAQ: CSIQ) today announced financial results for the second quarter ended June 30, 2022, with solar module shipments, revenue and gross margin all at or exceeding the high end of prior guidance.

Dr. Shawn Qu, Chairman and CEO, commented, “We achieved strong results in the second quarter of 2022, with solar module shipments, revenue and gross margin all at or exceeding the high end of prior guidance. Sequentially, we grew our module shipments by nearly 40% and battery storage solutions revenues by 2.8 times, while significantly expanding our profitability and completing a large volume of project sales. Our capacity growth strategy is also well on track, which we expanded per our recent announcement to invest in our own polysilicon capacity in a region rich in renewable energy resources. This will allow us to gain further control over sourcing, technology and supply chain, and is part of a long-term plan to increase our market share while meaningfully reducing the carbon footprint of our supply chain. We provide additional details of our environmental efforts and performance in our latest ESG Sustainability Report, published last month.

“We are also excited to see the Inflation Reduction Act, or IRA, in the U.S. coming into effect. We believe it will drive a big acceleration in demand for clean energy, especially for solar energy and battery storage.

Yan Zhuang, President of Canadian Solar’s CSI Solar subsidiary, said, “CSI Solar delivered strong results in the second quarter, significantly growing volume and increasing pricing, while taking cost control measures in a difficult environment as polysilicon prices continue to go up. Our performance in the second quarter was also boosted by a substantial foreign exchange gain from a strong U.S. Dollar relative to the Renminbi. From a market standpoint, we are encouraged by signs of a shift in customer behavior driven by a growing awareness of solar energy’s attractive economics and its importance in energy security and climate change mitigation efforts, especially when paired with battery storage. Reflecting this positive trend, our battery storage shipments in the first half of 2022 have already exceeded 1 GWh, a record level for us. We will continue to build on our strong channels and relationships, especially in premium markets, and make capacity expansion preparations to accelerate our global market share gains in the coming years.”

Ismael Guerrero, Corporate VP and President of Canadian Solar’s Global Energy subsidiary, said, “We delivered significant growth in the second quarter by monetizing approximately 880 MWp of project sales across Australia, the U.S., Japan and the U.K. We also continued to expand and diversify our global project pipeline, strengthening our leadership position in key markets while allowing us to be more selective in developing the highest quality assets. We are particularly encouraged by the passing of the IRA in the U.S. as our subsidiary, Recurrent Energy, has one of the largest and best quality project pipelines, with a total of 8 GWp of solar and 16.5 GWh of battery storage. Additionally, we are making progress executing on our O&M (operations and maintenance) growth strategy to increase the share of stable, recurring income, including a recent expansion of our platform in Europe, as we evaluate complementary growth opportunities worldwide.”

Dr. Huifeng Chang, Senior VP and CFO, added, “In the second quarter, we achieved 85% sequential growth in revenue to $2.3 billion and doubled our gross profit to $371 million, achieving a 16% gross margin. We were able to support the accelerated growth rate and reduce the impact of inflation due to our prior strategic decision to increase inventory during the first quarter. We continue to prioritize cash generation and are pleased with the increase in net cash flow provided by operating activities to $293 million in the second quarter of 2022, from $159 million in the first quarter of 2022. We ended the second quarter with a total cash position of $1.9 billion, giving us significant financial flexibility to fund long-term growth opportunities, including accelerating our upstream capacity expansion.”

Total module shipments recognized as revenues in the second quarter of 2022 were 5.06 GW, up 37% yoy. Of the total, 126 MW were shipped to the Company’s own utility-scale solar power projects.

Net revenues in the second quarter of 2022 were $2.31 billion, up 85% quarter-over-quarter (“qoq”) and 62% yoy. The sequential and yoy increases were mainly driven by higher project sales, higher solar shipment volumes and average selling price, and significant growth in the Company’s battery storage solutions business.

The Company has two business segments: Global Energy and CSI Solar, which operate as follows:

The Global Energy segment carries out the Company’s global project development activities for both solar and battery storage project development, which include sourcing land, interconnection agreements, structuring PPAs and other permits and requirements. The Global Energy segment develops both stand-alone solar and stand-alone battery storage projects, as well as hybrid solar plus storage projects. Its monetization strategies vary between develop-to-sell, build-to-sell, and build-to-own, depending on business strategies and market conditions, with the goal of maximizing returns, accelerating cash turn, and minimizing capital risk.

1. Project sales: The Company plans to grow its volume of project sales by a compound annual growth rate of approximately 50% to 2026, while holding and accumulating assets through investment vehicles (see below) in order to better capture asset value.

2. Investment vehicles: The Company is optimizing its project monetization strategy by establishing local investment vehicles that will help maximize the value of its project assets. The Company also intends to retain minority ownership in these vehicles. By 2026, the Company plans to reach 1.3 GW of combined net ownership in solar power projects through these vehicles. This approach will help the Company build and grow a stable base of long-term cash flows from contracted electricity. The Company plans to recycle a large portion of the capital into developing new solar projects for growth. Meanwhile, Canadian Solar expects to capture additional operational value throughout the partial ownership period, including long-term cash flows from power sales, O&M, asset management and other services (see point 3). The Company currently owns a 15% stake in the Canadian Solar Infrastructure Fund (“CSIF”, TSE: 9284), the largest Japanese infrastructure fund listed on the Tokyo Stock Exchange, and has also established the CSFS Fund I, a closed-ended alternative investment fund of a similar nature in Italy. Through launching these localized vehicles, Canadian Solar is building its expertise in designing investment vehicles in local markets that will help maximize the value of its project assets.

3. Services: Canadian Solar currently manages over 3.1 GW of operational projects under long-term O&M agreements, and an additional 2.4 GW of contracted projects that will be operated and maintained by the Company once they are placed in operation. The Company’s target is to reach 20 GW of projects under O&M agreements by 2026.

Management targets to achieve the following over the next few years:

*Net projects retained represents CSIQ’s net partial ownership of solar projects; the gross number represents the aggregate gross size of projects, including the share which is not owned by CSIQ.

As of June 30, 2022, the Company’s total project pipeline was 26.2 GWp, including 1.3 GWp under construction, 3.9 GWp of backlog, and 21.0 GWp of projects in advanced and early-stage pipelines. We have updated our project pipeline classification as follows:

Backlog projects are late-stage projects that have passed their Risk Cliff Date and are expected to start construction in the next 1-4 years. A project’s Risk Cliff Date is the date on which the project passes the last high-risk development stage and varies depending on the country where it is located. This is usually after the projects have received all the required environmental and regulatory approvals, and entered into interconnection agreements, feed-in tariff (“FIT”) arrangements and PPAs. Over 90% of projects in backlog are contracted (i.e., have secured a PPA or FIT), and the remaining are reasonably assured of securing PPAs.
Advanced pipeline projects are mid-stage projects that have secured or have more than 90% certainty of securing an interconnection agreement.
Early-stage Pipeline projects are early-stage projects controlled by Canadian Solar that are in the process of securing interconnection.

In addition to developing utility-scale solar power projects, the Global Energy segment has also been developing hybrid solar plus energy storage projects, as well as stand-alone battery storage projects. Since the first quarter of 2021, the Company has been co-hosting energy storage facilities with solar power plants on the same piece of land for nearly all projects under development. By using a single interconnection point per project, the Company expects to significantly enhance the efficiency of its development and the value of its assets under development.

As of June 30, 2022, the Company’s solar power plants in operation totaled 311 MWp, with a combined estimated net resale value of approximately $270 million to Canadian Solar. The estimated resale value is based on selling prices that Canadian Solar is currently negotiating or comparable asset sales.

The following table presents select unaudited results of operations data of the Global Energy segment for the periods indicated.

CSI Solar’s 2022 and 2023 capacity expansion targets are set forth below.

The following table presents select unaudited results of operations data of the CSI Solar segment for the periods indicated.

The table below provides the geographic distribution of the net revenues of CSI Solar:

CSI Solar shipped 5.06 GW of modules to more than 70 countries in the second quarter of 2022. The top five markets ranked by shipments were China, the U.S., Spain, Brazil and Germany.

The table below sets forth CSI Solar’s battery storage system integration’s project pipeline as of June 30, 2022.

LTSA projects are operational battery storage projects delivered by CSI Solar that are under multi-year long-term service agreements and generate recurring earnings. Contracted/in construction projects are expected to be delivered within the next 12 to 18 months. Forecast projects include those that have more than 75% probability of being contracted within the next 12 months, and the remaining pipeline includes projects that have received exclusivity agreements or have been shortlisted, but still have a below 75% probability of being contracted.

Canadian Solar was founded in 2001 in Canada and is one of the world’s largest solar technology and renewable energy companies. It is a leading manufacturer of solar photovoltaic modules, provider of solar energy and battery storage solutions, and developer of utility-scale solar power and battery storage projects with a geographically diversified pipeline in various stages of development. Over the past 21 years, Canadian Solar has successfully delivered around 76 GW of premium-quality, solar photovoltaic modules to customers across the world. Likewise, since entering the project development business in 2010, Canadian Solar has developed, built and connected over 6.8 GWp in over 20 countries across the world. Currently, the Company has 311 MWp of projects in operation, 5.3 GWp of projects under construction or in backlog (late-stage), and an additional 21 GWp of projects in advanced and early-stage pipeline. Canadian Solar is one of the most bankable companies in the solar and renewable energy industry, having been publicly listed on the NASDAQ since 2006.