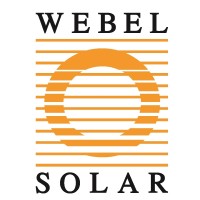 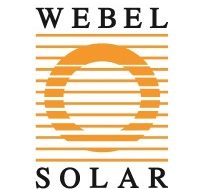 Websol Energy System Limited, a listed Kolkata-based manufacturer of solar cells and modules, is making an unprecedented investment in ramping its solar cell and module plant seven-fold to 1.8 GW capacity. This investment is expected to help the company retain its position among the largest manufacturers of solar photovoltaic cells and modules in India, one of the fastest growing renewable energy markets in the world.

“The big development at our company is that the Company readied for a decisive leap during the first quarter for FY 2022-2023 to capitalise on a structural shift in India’s renewable energy sector,” explained Mr Sohan Lal Agarwal, Chairman and Managing Director. “The decision has been courageous not only for the sharp increase in scale, which is expected to graduate the company into a different level, but also because the increase in capacity will be accompanied by a change in technology from the conventional multi-crystalline to the high efficiency Mono PERC and TOPCON technologies. We are confident that the combination of scale and sophistication will create a robust foundation that enhances the company’s profitability and sustainability across the coming years.”

The company reported decline in revenues and also decline in profit after tax during the first quarter of the current year when compared with the corresponding period of the previous financial year. “The decline was the result of the company deciding to scrap the existing technology, replace the legacy equipment with absolutely contemporary and cutting-edge alternatives,” explained Mr Agarwal. “This replacement process is expected to take six months during which time the management has selected to voluntarily absorb quarterly losses arising out of no production. However, I wish to assure our stakeholders that this voluntary loss is helping to create a robust foundation on which the company is being rebuilt. Besides, this loss is expected to be a fraction of the multi-year revenue potential at enhanced margins that should transpire from the last quarter of the current financial year.”

The company is commissioning the new production lines with the latest international technologies. The Government has extended support and the company has taken necessary steps to enhance production capacity. “I wish to assure our shareholders that this short-term sacrifice was necessary for a long-term competitiveness that will make it possible for our company to compete with aggressive Chinese production starting from the last quarter of the current financial year. Once our two-phased expansion has been completed, we will be able to generate superior economies of scale and technology, translating into enhanced stakeholder value.”

To finance this seven-fold capacity growth, the company announced a preferential allotment of equity shares (approved in an Extraordinary General Meeting on 20 August 2022) to a Promoter Group and strategic or financial investor. “The message that I wish to send out is one of optimism,” added Mr Agarwal. “The company has been approached by various renewable power distribution companies to buy a substantial part of our enhanced capacity across the years. This provides the company with attractive revenue and profit visibility. The result is that the company is at the cusp of its most attractive growth phase, starting in the later part of the current financial year.”