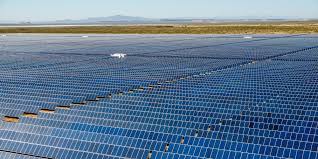 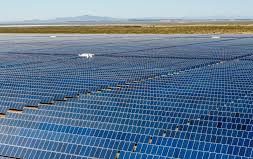 “Corporations are increasingly purchasing solar energy for a variety of reasons—sometimes environmental—but cost is always a key consideration. Insiders of the renewable energy industry know well that solar PPAs often help corporations lock in low-cost electricity prices to power their operations. However, it is rewarding in 2019 to also see valued partners from the traditional energy sector like Energy Transfer view a purchase of electricity from high quality Canadian Solar assets like the Maplewood 2 project as a financially sensible decision,” said Dr. Shawn Qu, chairman at Canadian Solar. “We are honored to partner with our respected colleagues at Energy Transfer on this marquee transaction.”

“The PPA made economic sense for us,” said David Coker, vice president of Power Optimization at Energy Transfer. “We are always focused on operating our facilities safely and efficiently, and while we mainly rely on electrical energy powered by natural gas, we do use a diversified mix of energy sources when it makes economic sense to do so. In fact, the percentage of electrical energy we purchase that originates from solar and wind sources is now more than 20 percent on any given day with the addition of this contract with Recurrent Energy.”

Recurrent Energy is in the early stages of seeking potential equity partners on the Maplewood project portfolio that includes Maplewood and Maplewood 2. More information on the projects can be found on the portfolio web page: recurrentenergy.com/portfolio/maplewood/.

Canadian Solar was founded in 2001 in Canada and is one of the world’s largest and foremost solar power companies. It is a leading manufacturer of solar photovoltaic modules and provider of solar energy solutions and has a geographically diversified pipeline of utility-scale solar power projects in various stages of development. Over the past 18 years, Canadian Solar has successfully delivered over 34 GW of premium-quality, solar photovoltaic modules to customers in over 150 countries. Canadian Solar is one of the most bankable companies in the solar industry, having been publicly listed on NASDAQ since 2006. For additional information about the Company, follow Canadian Solar on LinkedIn or visit www.canadiansolar.com.