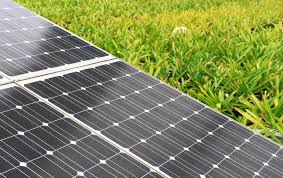 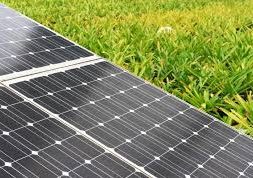 A listing of GreenYellow is among several possibilities under consideration, the people said, asking not to be identified because the information is private. Casino is studying Paris as a potential listing venue for the business, one of the people said.

Shares of Casino jumped as much as 8.4% in Thursday trading, hitting the highest intraday level since July. The stock was up 4.8% at 13:21 p.m. in Paris, giving the company a market value of 3.1 billion euros ($3.7 billion).

Casino is also considering reducing its stake in Cnova NV, the listed company that runs its Cdiscount online retail business, the people said. While Casino sees e-commerce as a key part of its strategy and plans to keep control of the unit, it could sell a portion of its holding, according to the people.

Its 65% stake is worth about 1.5 billion euros based on Wednesday’s closing price, data compiled by Bloomberg show. Shares of Casino’s biggest shareholder, Rallye SA, rose 2.7% on Thursday while Cnova jumped 7.5%.

It may be time for Casino to take a step toward unlocking the value of its Cnova holding, given the coronavirus pandemic has been supporting online sales and boosting the unit’s profit margins, Societe Generale SA analyst Simon Cowie wrote in a Feb. 18 report.

“While a full stake sale may be difficult to achieve at an acceptable price, equity issuance that raises the free float, perhaps combined with a small reduction in holding, could be the first step,” he said.

No final decisions have been made, and there’s no certainty the deliberations will lead to any transaction, the people said. Representatives for Casino and Cnova declined to comment, while a spokesperson for GreenYellow didn’t respond to emailed queries.

The retailer halted talks to sell Geant hypermarkets and other assets in 2020 so it could focus on responding to the coronavirus pandemic, Bloomberg News reported in February last year.

The timing would be good for an IPO of a business like GreenYellow, given the booming interest in environmentally-friendly stocks.

Voltalia SA, the 2 billion-euro French renewable energy producer, trades at 59.2 times forecasts for this year’s adjusted earnings, according to data compiled by Bloomberg.

Casino said last month it’s been accelerating development of newer operations such as GreenYellow and data services company RelevanC SAS, making detailed comments on the outlook for each business in its latest earnings publication.

GreenYellow is expected to generate 90 million euros of earnings before interest, taxes, depreciation and amortization this year, up from 64 million euros in 2020, according to the February filing.

The company has been expanding its geographical reach, adding corporate clients and increasing its private customer base for energy contracts sold in partnership with Cdiscount.