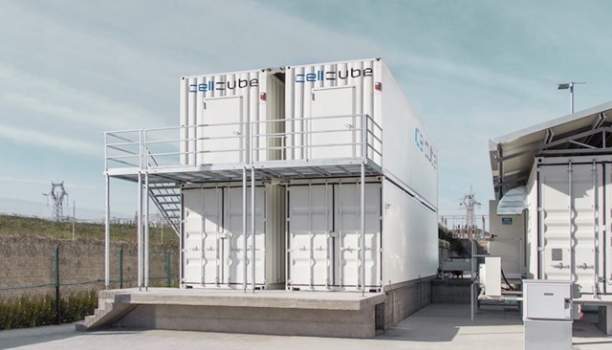 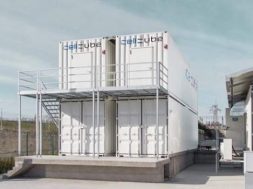 TORONTO: CELLCUBE ENERGY STORAGE SYSTEMS INC. (“CellCube” or the “Company”) (CSE: CUBE) (OTCQB: CECBF) (Frankfurt: 01X) (WKN A2JMGP) is pleased to announce Pangea Energy Pty Ltd. (“Pangea Energy”) and CellCube’s 100% subsidiary Enerox GmbH in Wiener Neudorf, Austria, have signed a Letter of Intent on May 13, 2019 to build a 50MW / 200MWh Energy Storage System on grid scale level in Port Augusta, South Australia. The aim is not to only to offer multiple grid services such as voltage compensation, reactive power and frequency regulation services but offering renewable baseload to the Australian market which goes hand-in-hand with a planned 50MW solar project at the same site.

“The Pangea Storage Project is a wonderful example on how renewable power generation and a safe, reliable and sustainable energy storage technology such as the Vanadium Redox-Flow battery are a perfect symbiosis to provide renewable baseload today,” says Stefan Schauss, CEO of CellCube. “Our new high performing CellCube is three times more efficient than any Power-2-X or Hydrogen technology which will not be available at this scale in the next 3 years. CellCube also offers a lifetime support of 25 years with no degradation or augmentation like needed for lithium. This is real true value for money.”

Due to issues with network stability, Australia has realigned its focus on the development of grid scale energy storage projects to complement its growing renewable energy mix. Following a series of large scale projects based on lithium technology the authorities in Australia have re-enforced project developers and IPP’s to consider long duration storage as base technology to allow for a more sustainable and green baseload alternative in the gigawatt-hour range.

“From the beginning, we had always considered the Vanadium Redox-Flow technology in mind,” Luis Chiang Lin, CEO of Pangea explained. “Australia has massive Vanadium resources and the exploration of vanadium is pretty simple, cheap and does not have the impact on nature and labor conditions such as cobalt or other rare earths in the lithium industry. As such, choosing Vanadium and working with CellCube as market leader in the vanadium related storage industry is a perfect match for our project.”

The Pangea Storage Project (www.pangeastorageproject.com) was initiated in 2016 and after securing requisite regulatory approvals, is on the later stages of pre-development. Developed over 79 hectares in Port Augusta, South Australia, Pangea will invest around USD $200 million dollars into the project, stimulating the local economy, creating direct and indirect jobs, and supporting the aspirations of Port Augusta to be a renewable energy hub.

Pangea Energy will build, own and operate the site and procure from CellCube products and services which may include an electrolyte service as a co-funding mechanism.

“Following several market and technology evaluations we have seen significant improvements in flow-battery technology,” Leo Chiang Lin, Director of Project Development of Pangea Energy gives the background, “and commercial-wise, indeed lithium is attractive from an initial CAPEX perspective and with the right market conditions, but our company is committed to long-term and sustainable business. This requires a holistic approach to both CAPEX and OPEX that must be balanced over a lifetime of 20 to 30 years.”

Alexander Schoenfeldt, COO & Managing Director of Enerox, adds: “With our new overrating feature for the CellCube we can actually operate the 50MW/200MWh system in a broad range from 2 to 12 hours which offers Pangea Energy a future proof system, that will not need technology updating and will be capable of maximizing revenues specifically when regulation or merchant products change over time.”

The companies are currently conducting the due diligence and reviewing the offtake conditions for starting constructions in late 2019 with plans to be operational in 2020.

Neither the CSE nor its Regulation Services Provider (as that term is defined in the policies of the CSE) accepts responsibility for the adequacy or accuracy of this release.

0
0   0
previous The energy storage market is paving the way for next energy revolution, reveals GlobalData
next SCHMID Group, Nusaned Investment and RIWAQ announce partnership focusing on manufacturing and technology development in the field of Vanadium Redox Flow Batteries (VRFB)