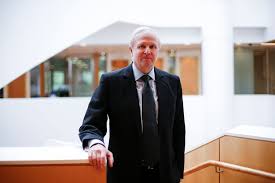 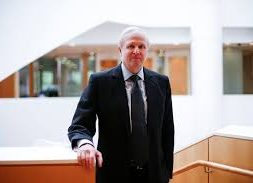 Dudley made the rare foray into U.S. politics in a keynote speech at the largest U.S. annual gathering of the oil and natural gas sector in Houston, urging peers to engage with young people or lose the trust of society.

“We need to demonstrate that we share the common goal of a low-carbon future and that we are in action towards it,” Dudley said in the speech at the CERAWeek conference by IHS Markit.

Burning of oil and gas accounts for the majority of greenhouse gas emissions blamed for climate change, rising sea levels and severe storms.

Energy companies including BP have increased their investments in renewable energies such as solar and wind in recent years as they look for a new business model in a world seeking to reduce carbon emissions.

But U.S. rivals Exxon Mobil and Chevron have made fewer investments in clean energy in recent years, drawing growing pressure from investors and climate activists.

“Our focus has to be on developing an energy system that is cleaner, better and kinder to the planet,” Dudley, a U.S. citizen, said.

“But we can only fully play our part if we have the trust of society and the confidence of our shareholders. That means engaging more with the young people who will take to the streets on Friday,” he said, referring to scheduled protests in more than 70 countries where kids plan to skip school to demand more action on climate change.

“It means improving the dialogue we have with policymakers around the world, including those behind the Green New Deal,” Dudley said.

Dudley said demand for oil and gas will remain strong for decades as the world’s population grows and economies such as China and India expand.

0
0   0
previous WFO Calls for Boosting World's Offshore Wind Power Capacity to 520 GW by 2050
next Everyone should contribute to control climate change: Expert