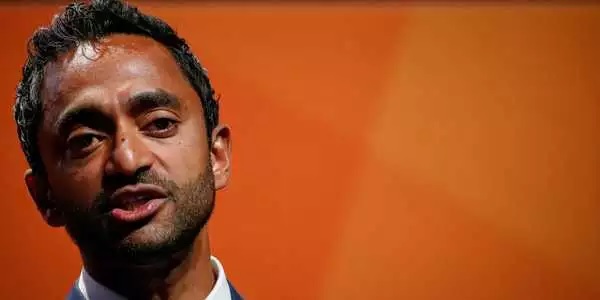 After leaving his 783,800 Twitter followers on edge over the weekend, Chamath Palihapitiya finally announced his latest private investment in climate change on Monday morning.

Using Sunlight, a homeowner can buy residential solar technology from a contractor. The contractor will then use Sunlight to approve the homeowner’s credit. Sunlight will originate the loan and then sell the loan to a bank. To date, Sunlight has funded over $3.5 billion of loans through its proprietary platform.

Palihapitiya highlighted that the adoption of residential solar power will expand “well-paying green jobs” around the US. He also said he sees a huge opportunity in residential solar, the TAM or total available market is $11 billion. Plus, the market is only 3% penetrated, leaving “many years of forward growth available,” said Palihapitiya.

Upon the transaction with Spartan, the combined public company will be named Sunlight Financial Holdings. PIPE participants are expected to own approximately 19% of the company.

Palihapitiya also announced he is leading a PIPE in Latch, a maker of smart locks and building-management software. Latch will go public by merging with SPAC TS Innovation Acquisitions Crop, ($TSIA).

Latch is the “best SaaS company I’ve ever seen/invested in,” Palihapitiya said. His announcement comes just one week after he tweeted about the $415 million private investment he led in commercial EV company Proterra. He called that financing his “biggest investment in climate change.”