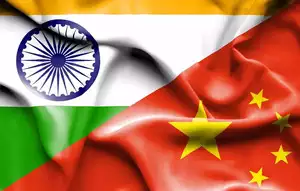 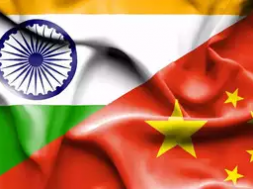 Five key challenges posed by China were taken up at the chief secretaries conference that discussed ‘global geopolitical challenges’ and India’s possible response to the same across economic, educational and energy sectors.

ET gathers that military aggression as seen in Ladakh and Arunachal Pradesh, water-related issues like implications of China’s mega hydel power plants, economic exploitation, dominance of key supply chains as seen in solar energy, and the issue of social subversion/propaganda and disinformation were among the five concerns related to China that were discussed at the second National Conference of Chief Secretaries held earlier this month.

The officials identified the geopolitical challenges and elaborated on the ‘return of great power competition’, ‘geopolitical realignments’, ‘rebalancing/multipolarity’ and its economic manifestations besides technology control and the race for strategic minerals and resources – all inextricably centred on China’s growing pre-eminence in a changing world order.

Economic and military threats and coercion were also listed as a new geopolitical challenge besides the fracturing of global value chains, both linked to China.

The problem of climate change coupled with India’s high dependence on imported crude and gas – 80% and 50% respectively – and the difficulty of transitioning to renewables amid import dependence were highlighted.

States were also alerted to the challenges posed by Russia’s conflict with Ukraine and its impact not only on the defence sector but also on fertilisers and supply chain.

It was underlined that the changing geopolitics opens new space for India as it moves towards 2030.

Economic and fiscal strategy besides energy efficiency, education and skilling were identified as key action areas during the discussions.

It was underlined that education must go beyond enrolment and just arithmetic efficiency and focus on ‘multiple intelligences’ instead.

The idea of skilling children to meet 21st century challenges such as climate change, mental health, coexistence with AI and machine learning was highlighted.

As part of economic strategy, upgradation of physical and digital infrastructure, increasing share of manufacturing in GDP through PLI, decreasing cost of borrowing, climate adaptation, a 21st century education and knowledge system and a startup ecosystem linked to India’s LIFE (sustainable lifestyle) mantra were detailed.

The meeting called for lowering of energy intensity, optimising consumption through metering, development of critical minerals and rare earth deposits besides creating facilities for recycling.

To ensure fiscal discipline, it was advised that government borrowing rates be brought down to enable investment in infrastructure.