The world’s largest energy market is shedding more than 1 in 10 kilowatts, and it wants to stop.

China, with the world’s largest power system, faces an uphill struggle in trying to contain double-digit rates of renewable curtailment.

Even though power shedding dropped 1.4 percent in the third quarter, compared to the first half of this year, “whether the curtailment rate will go back up again after new projects start commissioning remains a concern,” said Xiaoyang Li, market analyst at MAKE Consulting.

Oversupply, system inflexibility and transmission bottlenecks mean power generated in China’s northern provinces regularly fails to make it to the load centers near the coast.

According to China’s National Energy Administration (NEA), the renewable energy abandonment rate in the third quarter of this year was 33 percent in Gansu and 29.3 percent in Xinjiang, both in the northwest of the country.

Jilin, Heilongjiang and Inner Mongolia, all on China’s northern border, also had double-digit abandonment rates, NEA figures show. Nationwide, the average rate of curtailment was 12.2 percent in the last quarter, compared to 13.6 percent in the first half of the year.

The level is also down on 2016, when the country threw away 56.2 terawatt-hours of renewable generation and national average curtailment rates were as high as 17 percent for wind and 10 percent for solar. 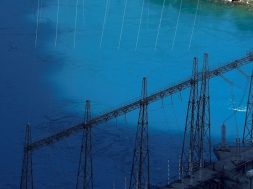