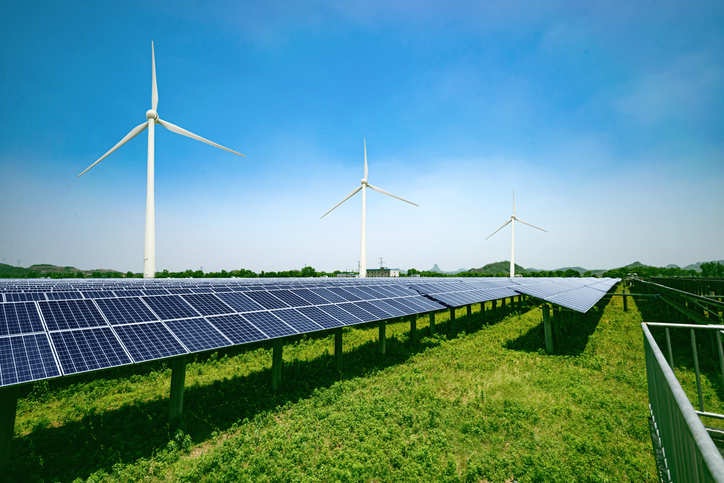 The move comes as China, whose renewable power installations make up about 41 per cent of total energy capacity, aims to cut a backlog of subsidy payments exceeding 100 billion yuan ($14.5 billion) and achieve “grid price parity”

“Wind and solar power is capable to compete subsidy-free with traditional energy sources, such as coal-fired power,” the Ministry of Finance said in a statement late on Wednesday.

However, new offshore wind and CSP projects, approved by authorities and expected to launch by end-2021, will still be granted subsidies, the ministry added.

Beijing has wound down financial support for renewable power projects that led to a turmoil in the industry and stirred concerns over its energy policy.

Despite a fall of 31.7 per cent on the year, China’s new solar power installation has still beaten market forecasts, suggesting new projects are coping better than expected with the push for grid price parity.

“(The ministry) will continue to cut subsidies for onshore wind farms, solar stations and distributed solar for industrial and commercial users…to guide them to reach grid parity soon,” it added.

From Jan. 1 next year China will commence a green certificate quota trading scheme, the ministry added, adopting a market mechanism to boost the income of renewable power generators, expenses of high carbon emitters and step up clean energy consumption.

China has been carrying out voluntary green certificate trade since 2017. Under the new scheme, the government is expected to set a mininum quota on how much green certificate the consumers or thermal-power utilities need to purchase.

The ministry said it is studying measures to encourage coal-fired power plants to trade green certificates.

China has vowed to cap its carbon emission by around 2030, but environment groups have urged it to reach the target sooner and cut coal use further.