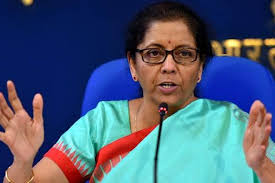 Reforms in power distribution companies (Discoms) and support for Ujjwala Yojana beneficiaries to purchase refills of cooking gas cylinders will be among the announcements the energy sector will expect Union Minister for Finance Nirmala Sitharaman to include in the budget she will table on February 1, 2020.

Ensuring round-the-clock electricity supply will be the central government’s focus, which claims to have connected all villages to the national grid. The Union Budget 2020-21 may allocate funds for this.

The Centre has planned a new scheme that will probably be named ‘Atal Distribution System Improvement Yojana’ (Aditya) to revamp ailing discoms, an official told Down To Earth. It may allocate Rs 1.10 lakh crore for the scheme and will reward discoms that perform. Those discoms facing that are unable to meet targets, will likely go in private hands, some reports have suggested.

The overhaul of the distribution network, including its expansion as well as the seeding of smart meters, could be another feature of the scheme. The Union government may target 250 million households under this smart meters target.

Ashok Sreenivas, a senior fellow from Pune based non-profit Prayas said his organisation had suggested several steps to the government to improve the energy sector. These include some plans related to efficiency.

The government already had some plans about super-efficient appliances, said Sreenivas. We have asked officials to enhance these by having programmes for specific products like super-efficient fans, he added.

That usage under Pradhan Mantri Ujjwala Yojana has not picked up is well-known. So we have some idea as to how the government can provide greater subsidies to these beneficiaries, who are generally poor consumers, he added.

An extra push in the energy storage sector is also required. The industry has asked for a cut in the goods and services tax (GST) rate for Lithium-Ion batteries, funds for research and development as well as tax relief for solar plus storage users in its list of demands.

The government should provide a level playing field for all energy storage technologies and applications, the India Energy Storage Alliance (IESA) has said in its letter sent to the finance ministry.

The GST council has reduced the rate on electric vehicles to 5 per cent from 12 per cent in 2020. Similarly, the GST rate on solar-powered battery vehicles is five per cent. However, GST for stationary storage batteries is 18 per cent.

IESA has demanded that GST should be same on batteries for all energy storage technologies and applications. It has also demanded special attention to research and development.

In the recent past, the government has been focusing on smoothening the power market and there is all possibility it will take further decisions in the same direction, Prabhajit Kumar Sarkar, chief executive and managing director of Power Exchange India Ltd, said.