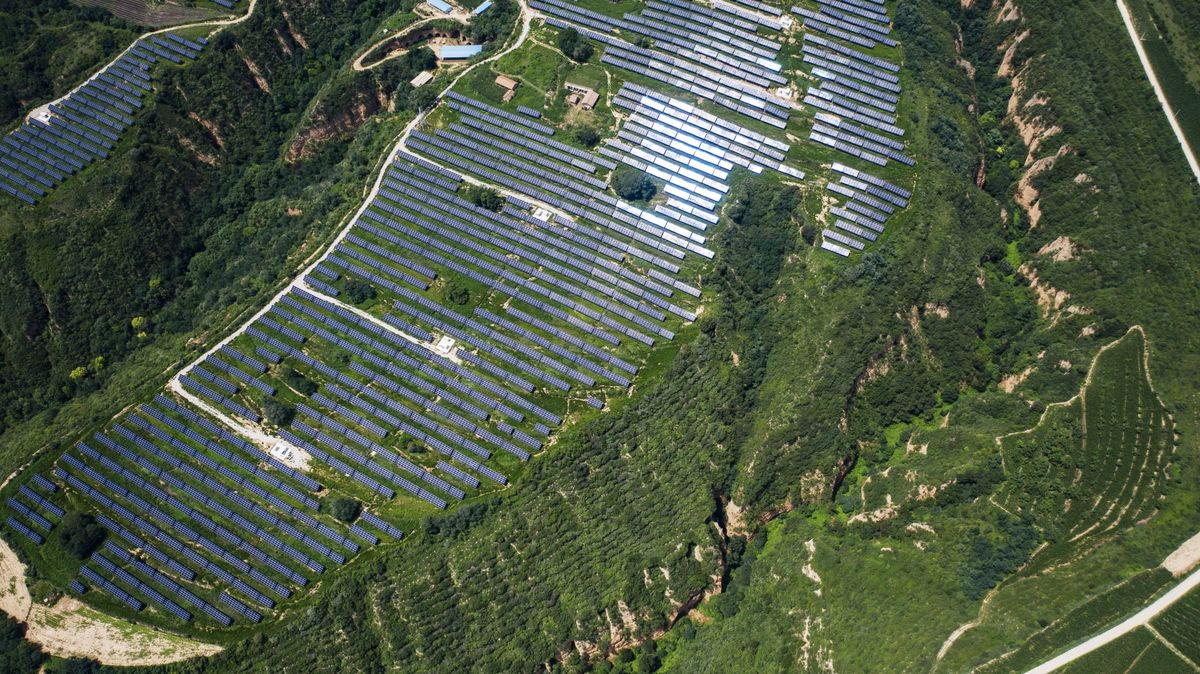 After shortchanging renewable energy developers for years to the point where it owes billions of dollars in unpaid subsidies, the Chinese government is now proposing that those companies may have to cancel part of the debt if they want to keep building new projects.

Under a draft plan by the country’s National Energy Administration, provinces would auction off grid capacity for new wind and solar projects, with at least one third of the contracts going to developers who were prepared to give up money owed to them by the government, according to people familiar with the proposal. The winning bidders would get a guaranteed rate for their power.

The NEA is seeking opinions on the plan and it remains subject to change, said the people, who asked not to be identified because it isn’t public. The NEA didn’t respond to a faxed request for comment.

Chinese renewable companies slumped a second day on the news. China Longyuan Power Group Corp. fell as much as 14% in Hong Kong Thursday after closing 14% down on Wednesday, the biggest one-day drop in seven years.

The NEA proposal underscores how President Xi Jinping’s push to boost clean energy and make the country carbon neutral by 2060 is constrained by a simultaneous desire to end the expensive subsidies that were designed to help wind and solar power become economically competitive with coal.

“The policy setting is too aggressive in our view, and may actually hurt renewable development instead of nurturing it,” said Tony Fei, an analyst with BOCI Research Ltd. “We expect the market to react negatively.”

The problem with China’s renewable subsidies dates back to the mid-2010s, when new developments started growing faster than the pool of money the government set aside every year to pay the fees it promised them. By the end of 2019, the deficit had reached 469 billion yuan ($66 billion) and was set to widen to almost 2 trillion yuan by 2034, before gradually falling to zero by 2049, according to BloombergNEF.

Renewable developers have built up large accounts receivable while waiting for the delayed payments. Longyuan, the largest publicly traded wind power operator in China, was owed 21.5 billion yuan as of Sept. 30, according to financial records.

Under the new plan, total capacity for guaranteed projects would be set by national targets and distributed among the regions. Local governments would auction off that capacity to firms that either offer the lowest power rates, or forfeit the right to collect overdue subsidy payments.

Wind and solar developers would still be free to build capacity not covered by the auctions, for example to supply a large corporation or provide power during peak demand, but such projects would not get a guaranteed price from the state.

The vast majority of China’s wind and solar power is developed by state-owned firms that are unlikely to bridle at new restrictions. And the new proposal may even help some clean-energy developers, said Jonathan Luan, an analyst with BNEF. Depending on how the two auction methods are weighed, a company could trade the subsidies its owed for an improved rate on a new project, shifting an uncertain revenue stream to one that’s paid on time.

But ultimately, the new proposal shows that the NEA believes profits for renewable projects were set too high in the past, and that there’s room to push down returns on future projects given technological advancements, Morgan Stanley analysts including Simon Lee said in a March 3 note.

“We see renewable power producers being squeezed on many fronts – including political, building new renewable projects, competitive pressure to give up previous projects’ subsidies, increases in solar module prices – all pointing to declining returns of future renewable projects,” Lee said.