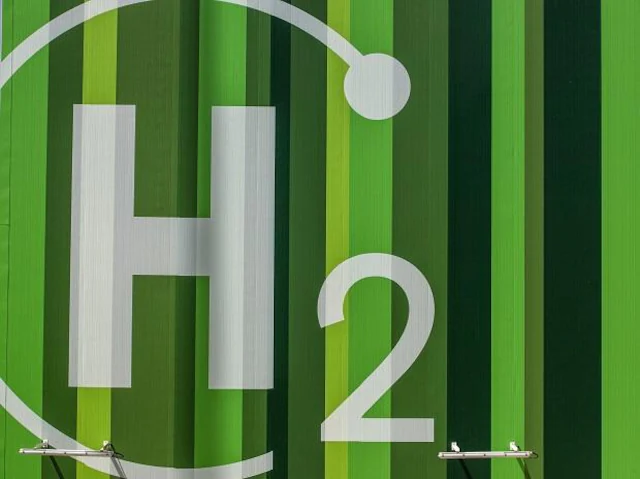 Three Chinese organisations are leading the charge to create an international carbon market for green hydrogen.

They have proposed a methodology, pending approval from the UN’s Clean Development Mechanism (CDM), for calculating emission reductions from green hydrogen projects to sell as carbon credits. The buyers of those reductions – mainly countries and companies – could use them towards their net zero goals.

The first project in line for this new market is a hydrogen production station (called Guohua Hebei Chicheng wind hydrogen project) in the city of Zhangjiakou, in northwest China.

The project was one of the stations that provided fuel for more than 1,200 hydrogen powered vehicles during the Beijing 2022 Winter Olympics. The city of Zhangjiakou, in particular, has become a hub for hydrogen infrastructure, among them is a 20MW plant operated by Shell.

Submitted in May 2022, the proposed methodology comes two months after China unveiled its first long term green hydrogen plan, which seeks to ramp up production to 100,000-200,000 tonnes a year by 2025.

The CDM is the world’s largest carbon offsetting programme, set up under the Kyoto Protocol. If approved, the methodology would also be included in the new Paris Agreement carbon market mechanism, up for review by the programme’s supervisory body, said UN Climate Change.

Hydrogen can be produced in a number of ways, with different carbon footprints. One method is dividing molecules of water using electricity from renewables, which is known as green hydrogen, but it can also be produced using fossil fuels such as gas or coal.

Green hydrogen could play an important role in addressing climate change, fueling sectors that are difficult to electrify such as steel, shipping and aviation. However, at the moment almost all commercially available hydrogen is produced using fossil fuels.

“It’s positive to develop the methodology to encourage the market. With more methodologies you get a more integrated system,” Tan said.

According to the CDM methodology panel‘s preliminary recommendation, green hydrogen projects should only qualify for the emissions reductions scheme if they install a new greenfield power plant, add capacity to an existing one or retrofit it. Otherwise, they wouldn’t be making significant changes to the dirty electrical grid, and therefore would not create new emissions reductions.

To avoid double counting (which can undermine carbon markets), carbon credits can only be issued by the hydrogen producer, not the consumer, the panel recommended.

The proponents need to address these concerns, said Perumal Arumugam, a regulatory official at UN Climate Change, before the CDM executive board decides to approve or reject the proposal.

For emerging economies, it could mean an easier way to export wind, solar and hydro, said Rosilena Lindo, Panama’s national subsecretary of energy.

Panama is one of the developing countries with big plans for green hydrogen, aiming to produce it in tax-free zones and supply aviation and shipping demand from its widely used transport routes such as the Panama Canal.

Although Panama was not counting on carbon market revenues to develop the sector, it could help fund some of the planned projects, she said, which require external investment.