A few years ago, the cars coming out of China were the object of derision. They were either obvious copies of popular Western models, or they were utterly ridiculous. The Land Wind X7 was the spitting image of a Range Rover Evoque, the CH Auto Lithia Sports bore an uncanny resemblance to the Audi R8, and the rather lengthily named Dongfeng EQ2050 Brave Soldier could easily have been mistaken for an American military Humvee. On the other hand, the Li Shi Guang Ming The Book Of Songs didn’t just have a silly name; its looks were so bizarre even a cartoon character would have been embarrassed to drive one.

But times have changed, and as with most other areas of technology, China has caught up with the West’s automotive design abilities and even overtaken, with one area of particular note: electric vehicles. By 2019, there were already 2.58 million battery electric vehicles (BEVs) in China, compared to just 0.97 million in Europe, and 0.88 million in the USA, according to the International Energy Agency. China also has more home and work chargers than any other part of the world, more public slow chargers than the rest of the world put together, and 82% of the global fast charger installations.

Security controversies aside, China is now producing some really cutting-edge electronic products that are local designs and compete well with those from other manufacturers on features and quality, such as the Huawei P40 Pro smartphone. So it’s no surprise that China is also starting to deliver EVs that show real promise. Take the Xpeng P7, for example. This looks like an affordable Tesla TSLA 0.0% Model 3 alternative. The P7 boasts 0-62mph acceleration in just 4.3 seconds and a NEDC driving range of up to 440 miles. It even looks quite nice, and some versions have NVIDIA NVDA +0.7%’s Drive AGX Xavier autonomous driving platform built in. Yet it’s expected to cost a mere $36,000.

BYD Auto, which is 25% owned by Warren Buffett’s Berkshire Hathaway BRK.B -0.1%, produces lots of different electric vehicles but the one receiving the most interest currently is the Han, a luxury sedan. The long-range version has a Tesla Model S-rivalling 376-mile range while the high-performance option can hit 62mph in 3.9 seconds – not as fast as a Model S Performance but still highly commendable. Prices will range from $32,800-$40,000. BYD has an electric car partnership with Toyota, and conventional engine partnership with Mercedes. But it’s already selling EVs in the US, including the e6 MPV for fleets, an electric bus, and an electric garbage truck that is in service in California. 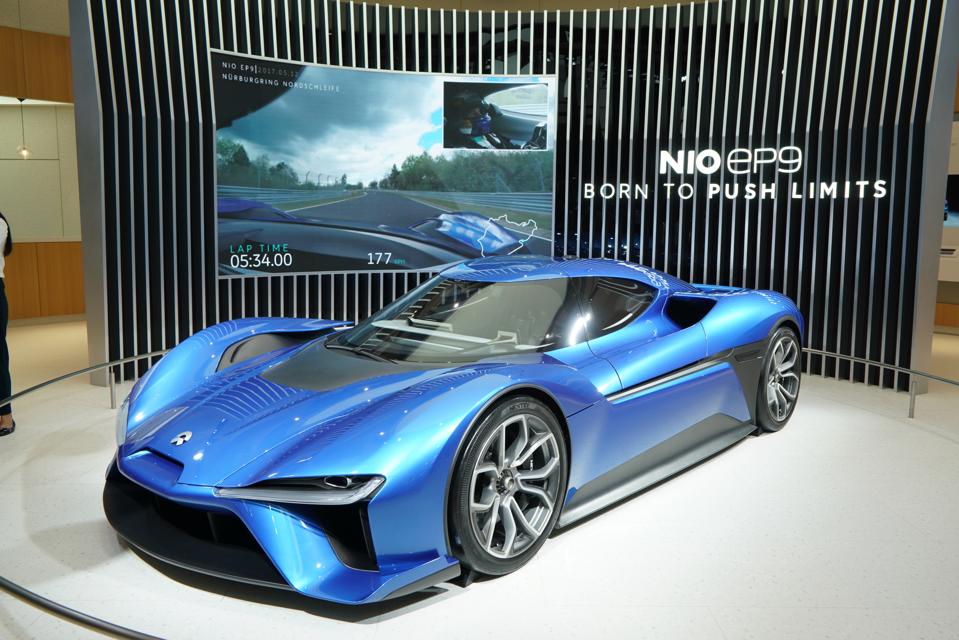 There’s even a Chinese electric hypercar called the EP9 with 1,341hp that’s able to hit 62mph in 2.7 seconds and reach a top speed of 217mph. But that’s £2.5 million ($3.1 million) and only six exist. There are, of course, more modest options, with the Weltmeister EX5 from WM Motor Technology Company priced around $20,000, but still promising a range up to 325 miles. Its 160kW motor has the same power as the top-end Nissan Leaf e+, which costs around £36,000 in the UK and $39,000 in the USA, but only has about two thirds the range. There was some anticipation for the M-byte SUV from Byton, which looked great and had a unique panoramic LCD panel on the front dashboard. But it seems like the company has become a casualty of the Coronavirus.

However, it’s the cheapest end of the market where China could make a real dent on American and European manufacturers. In the UK, the best value EV currently available is the MG ZS EV, which can be had for just £25,495 ($32,000). This is actually a car made in China by SAIC SAIC +0.5%, and the company plans to bring another of its EVs to the UK under the MG brand, this time the Ei5 from its Roewe division. This will be one of the first electric estate cars (aka station wagons in the US) to arrive in Britain and is likely to be similarly as cheap as the MG ZS EV. There are even cheaper cars that could really disrupt the Western markets, though. Great Wall’s Ora R1 costs around $8,600, yet still comes with a 33kWh battery offering up to 194 miles of range. The Dacia Spring might look like a potential European competitor to the Ora R1, but that’s based on a Chinese-made car too. Even Tesla is considering building a small Chinese-made car. 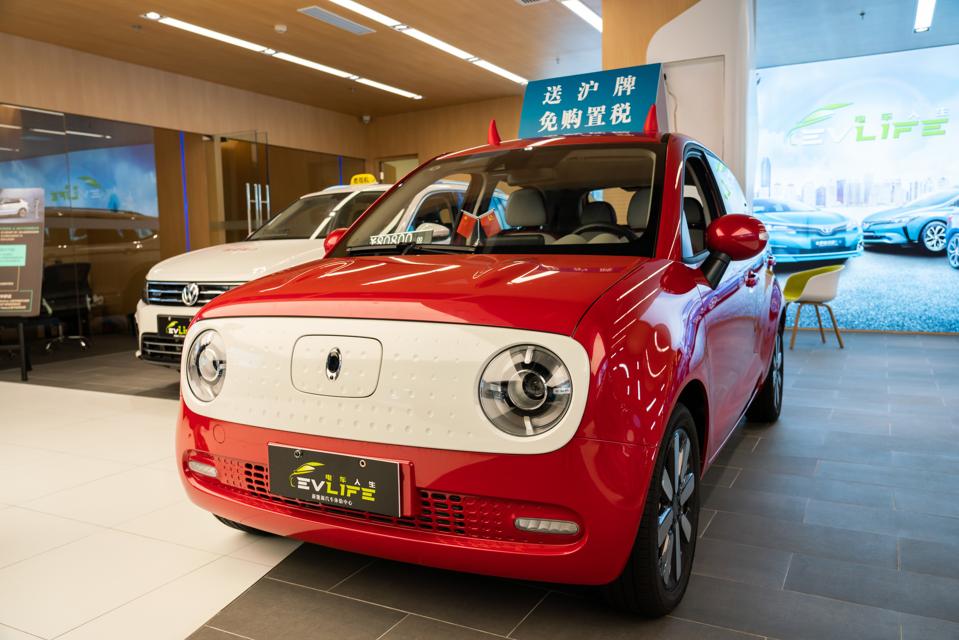 Chinese cars didn’t feel like competition for European and American brands when they couldn’t compete on quality, but many of these examples have a specification and design that’s close enough, at a much lower price – much like when Japanese cars took the world by storm in the 1970s and 80s. China has some major advantages that have put it ahead in the EV supply game. China is the world’s largest producer of lithium, reaching over 60% of the world’s supply in April 2019, and still controlled 51% of global chemical lithium at beginning of 2020. In contrast, the US contributes just 2% of the world lithium supply. China also controls 62% of global chemical cobalt and 100% of spherical graphite. These are all the main component elements in the lithium-ion battery technology that dominates EVs as their power source. Even the new cobalt-free Lithium Iron Phosphate (LFP) batteries that promise a dramatic reduction in pricing are coming from China.

However, there could be a reason why we won’t be seeing an immediate invasion of Chinese EVs on European and American roads despite the potential value they offer. It’s obvious that there is a feud going on between the Trump administration and China, which has now pulled the UK into its orbit. Even if Trump loses the US presidential election in November, it’s unlikely that the American stance against China will change substantively, as Biden is similarly skeptical towards the country, albeit through a less vehemently bullish tone.

In Europe, the car manufacturers, particularly in Germany and France, have huge political power, and they will want to protect their market, which is still heavily invested in fossil fuel technology. As a result, right now there is ambivalence towards EVs even within the same automotive groups, with VW putting many of its eggs in the electric basket with the ID.3, but sister company Audi’s CEO claiming his company will be developing internal combustion vehicles for “a very long time”.

If it was a pure free market based on value for money, Chinese electric cars would be giving European and American manufacturers sleepless nights already. But it’s likely that politics and economic protectionism will keep them at bay for a while. How long it will be before the dam breaks and Chinese EVs flood in is uncertain, but it probably won’t be possible to hold them back forever.