This has reference to the NIT documents (NIT No. SECI/C&P/BHU/VAR/062017/08 dated 08.07.2017) regarding the Tender for Design, Engineering, Supply, Construction, Erection, and Testing & commissioning of 8 MWp (DC) Solar GCRTPV Project including 05 Years of Plant O&M at Banaras Hindu University (BHU), Varanasi.

Amendment-01 including Annexure I (Details of the Amendment) & Annexure II ( Pre-bid Clarifications) have already been uploaded at SECIs website & ETS portal of TCIL dated 31.07.2017.

As per Amendment I, Point No 4 “Project Products including Cells/Modules/Inverters from European, Japanese, American, Australian & Taiwan origin shall be allowed in this tender document. This clause will supersede all other existing clauses related to the Product origin/Source of supply clause elsewhere mentioned in the Tender Document.”

Some bidders have once again raised queries regarding the Indian make /Domestic Products. Herein, it’s once again clarified that Indian make/Domestic Products including Cells/Modules/Inverters are already been allowed in addition to the above clause and same was clarified during Pre Bid meeting also at BHU, Varanasi dated 17/07/2017. Henceforth, bidders are required to submit their Techno Commercial bids accordingly.

All prospective bidders are requested to remain updated from SECI’s website @ www.seci.co.in & ETS portal of TCIL for any further updates. 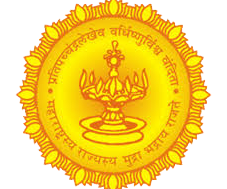