Energy developers in Argentina won contracts to sell 1,109 megawatts of renewable electricity in a government-organized auction, after the nation implemented reforms aimed at promoting wider use of clean power.Wind-power companies including Envision and Pampa Energia agreed to provide 708 megawatts of capacity, Renewable Energy Undersecretary Sebastian Kind said at an event Friday in Buenos Aires. Solar developers including Jujuy Energy & Mining won contracts for 400 megawatts. There was 1 megawatt of biogas power awarded.

President Mauricio Macri has made renewable energy one of his main priorities since taking office in December, establishing new regulations and organizing auctions. The auction will drive as much as $1.8 billion in investment, according to Kind, falling short of the government’s initial expectations of attracting as much as $2 billion in investments in new power plants.“For wind and solar energy, there has been an overabundance of offers,” Kind said in an interview. For wind it was seven times more than the size of contracts offered and for solar it was 10 times more. “It’s been extraordinary.”

More than 60 percent of Argentina’s capacity comes from fossil fuels. The country has 682 megawatts of installed renewable energy, according to Bloomberg New Energy Finance. Neighboring Chile has 4.8 gigawatts. Under Argentina’s new law, industrial consumers will be required to get 8 percent of their power from renewable sources in 2017 and 20 percent by 2025.

Positive Surprise
Renewable energy developers applied to sell 6,366 megawatts of power in the auction, more than five times the amount contracted in the auction.
“Positive surprises were expected for the auction,” said Gabriel Goldschmidt, head of infrastructure in Latin America at the World Bank’s International Finance Corp., in a telephone interview. “With such a low penetration of clean energy, Argentina needs renewable capacity.”

The average price for wind power was $59.40 a megawatt-hour, and for solar it was $59.70. The lowest bid for wind power was $49.10 a megawatt-hour, Kind told reporters Sept. 30, and solar power came in at $59 a megawatt-hour.“In Argentina, the government made a committed effort to support long-term plans for renewables,” said Gwendalyn Bender, product manager for solar assessment at the Finland-based environmental assessment provider Vaisala Energy. “Investors see the country’s plans as sustainable.”

0
0   0
previous Investment of 4 billion dollars at the end of the process of the Second Electric Auction
next Argentina expects $1.8 billion investment from renewable energy auction 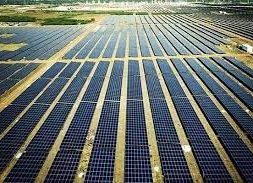 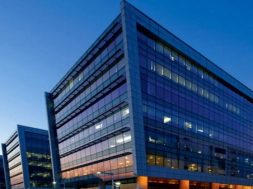