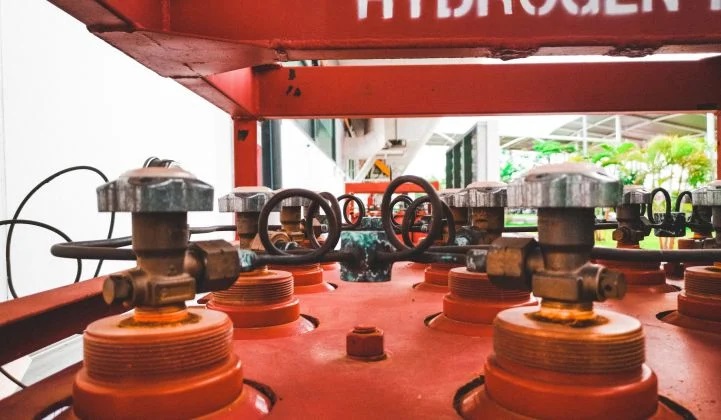 Coalition Aims for 25GW of Green Hydrogen by 2026 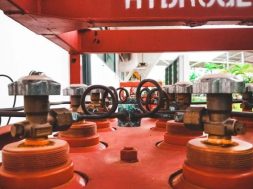 Coalition Aims for 25GW of Green Hydrogen by 2026

The soaring hype surrounding green hydrogen reached new heights this week, as a seven-company-strong consortium unveiled plans for a fiftyfold scale-up in production capacity by 2026.

The coalition, which is linked to the United Nations Framework Convention on Climate Change’s Race to Zero campaign, is also hoping to halve the cost of green hydrogen production, cutting it to less than $2 per kilogram.

A January 2020 report from industry group the Hydrogen Council suggested this price could be a tipping point for green hydrogen and derivatives such as ammonia to become “the energy source of choice across multiple sectors,” according to a Race to Zero press release.

These sectors could include steel and fertilizer production, power generation and long-range shipping, the coalition said. Green hydrogen could supply up to 25 percent of global energy needs by 2050, it added.

The coalition also cited Goldman Sachs research indicating that the addressable market for green hydrogen could be worth 10 trillion euros ($12 trillion at current exchange rates) by 2050.

“From an industry perspective, we see no technical barriers to achieving this, so it’s time to get on with the virtuous cycle of cost reduction through scale-up,” said Paddy Padmanathan, CEO of ACWA Power, in the release.

“Catapult is a global coalition and will be engaging partners from other countries to participate going forward,” Kieran Coleman, energy and industry lead at the COP26 Global Climate Action Champions unit, said in an email. “Membership will grow from both [the] demand and supply sides.”

The Green Hydrogen Catapult said it aims to align the production and use of green hydrogen with a trajectory that displaces fossil fuels at a rate consistent with achieving net-zero global emissions by 2050 and limiting global temperature increases to 1.5 degrees Celsius.

“It is especially encouraging to see players from utilities through industrial companies to infrastructure developers coming together to drive this forward, with the global 1.5-degree Celsius temperature target front of mind,” he said.

“The Green Hydrogen Catapult initiative represents a strong signal of intent from the private sector to support the deployment of zero-carbon hydrogen.”

But in a sign of just how much interest in green hydrogen has taken off in recent months, Castek also said the Green Hydrogen Catapult coalition might not necessarily be seen as a game-changer for the industry.

ACWA Power, one of the coalition partners, is already working with Air Products & Chemicals of the U.S. on a $5 billion green hydrogen plant in Saudi Arabia that will be powered by 4 gigawatts of wind and solar and will produce 650 tons of the gas per day.

And Iberdrola, another coalition partner, is planning to install 800 megawatts of electrolyzer capacity for green hydrogen production in a $2.1 billion partnership with fertilizer and industrial chemicals firm Fertiberia.

Surging interest as the industry enters the “decade of hydrogen”

Elsewhere, Plug Power last month raised about $1 billion in a bought equity transaction to fund a plan to build what could be the first U.S.-wide network of green hydrogen production facilities to supply fuel-cell-powered vehicles, including its own, with carbon-free fuel.

In August, Wood Mackenzie predicted the 2020s will be the “decade of hydrogen.” The analyst firm estimates that the cost of green hydrogen will fall by as much as 64 percent by 2040, on a level with traditional forms of production from fossil fuel feedstocks.

As green hydrogen production costs are forecast to fall with lower renewable electricity pricing and increased electrolyzer utilization rates, increasing natural gas prices could drive up the price of hydrogen from steam methane reforming, currently the cheapest production option, by 82 percent outside China by 2040, WoodMac estimates.

“The cost of green hydrogen relative to its more carbon-intense alternatives has always been a hindrance,” said Juergen Wollschlaeger, CEO of German crude oil refinery Raffinerie Heide, in an email.

“Collaborative efforts like this, where industry, international organizations and nonprofits are aligned on a common goal, will have a meaningful impact on the development of the green hydrogen economy.”

Economies of scale through increased production capacity, combined with supportive regulation and investment, “will get green hydrogen off the ground,” Wollschlaeger said.

0
0   0
previous Launch of the Japan Hydrogen Association towards the realization of a hydrogen society
next Green-energy ship of Titanic proportions: Hydrogen-fueled ferry in the works