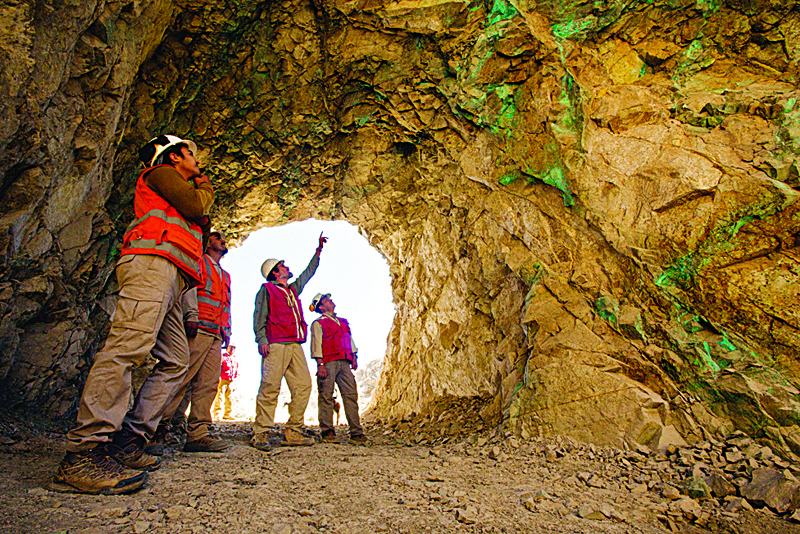 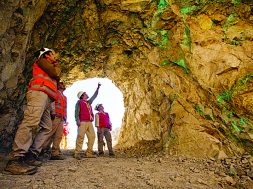 SANTIAGO: Even as copper prices hit a ten-year high this week, political events in Chile – the world’s main producer – have raised questions about whether the country will be able to continue meeting rising demand.

A surge on infrastructure spending in industrialized countries, a weak dollar, and strong demand in China boosted the price of the metal to over $10,000 per ton on Thursday.

As the global economy starts to shake off the impacts of the COVID-19 epidemic and makers of electric cars and renewable energy systems clamor for the red metal, Chile stands to gain handsomely. But political uncertainties in the South American nation have some worried.

“In recent days there has been more international awareness and more concern” about what is happening in Chile, Juan Carlos Guajardo, director of mining consultancy Plusmining, told AFP. “There is a conjunction of elements that are making investors adopt a more cautious position,” he added.

This time, it was to force the government to allow people to make a partial withdrawal from pension funds to help them through pandemic-induced financial hardship. Santiago gave in – allowing the third withdrawal in nine months in a move that may alleviate short-term pain but observers say could threaten longer-term financial stability.

Two taxes
Port workers called a strike in support of the action with the backing of mining unions, raising supply fears which contributed to the price surge. Apart from social and labor unrest, investors are also concerned about a proposed new mining tax and possible regulatory changes in the process of drafting the new constitution. Chile’s Congress is considering a leftist bill to impose an additional tax on mining to finance social plans.

If it passes “there would be two taxes (on mining), which would be a not insignificant burden” on investors, said Guajardo. “We would be entering difficult terrain for the mining industry.” He added the pending constitutional change will “generate uncertainty, and will probably have an impact on investment” in Chile.

Claudio Loser of the Centennial Group consultancy – a former boss of the IMF’s Americas department – agreed the project to change Chile’s founding law makes it “very difficult to know what will happen” to the future of copper production.

Not a boom
Copper accounts for about 10 percent of the country’s GDP, half its exports, and employs eight percent of the workforce. Production for 2021 is forecast to rise to 5.9 million tons from last year’s 5.7 million, and to six million by 2022, according to Mining and Energy Minister Juan Carlos Jobet.

Codelco on Friday reported its best first quarter results in a decade due to higher production and increased prices driven in part by supply fears over strike action.

The price surge has prompted the government to adjust its GDP growth forecast for 2021 from five to six percent, and to raise projected tax collection. Elijah Oliveros-Rosen, a senior economist at Latin America S&P Global Ratings, said growing demand for green energy “could cause a rise in copper prices for some time,” a strong incentive for keeping production problems to a minimum.

Copper is an efficient conductor of electricity and heat, used widely in systems to generate power from solar, hydro, thermal and wind sources. Oliveros-Rosen also pointed out that strikes in Chile tend to be short-lived, and are unlikely to affect production in a significant manner.

But most analysts do not expect a new copper boom, as in the decade to 2014. “I don’t think this will be a growth cycle,” said Loser. “There is growing demand, and supply that due to the pandemic has not been able to grow.”