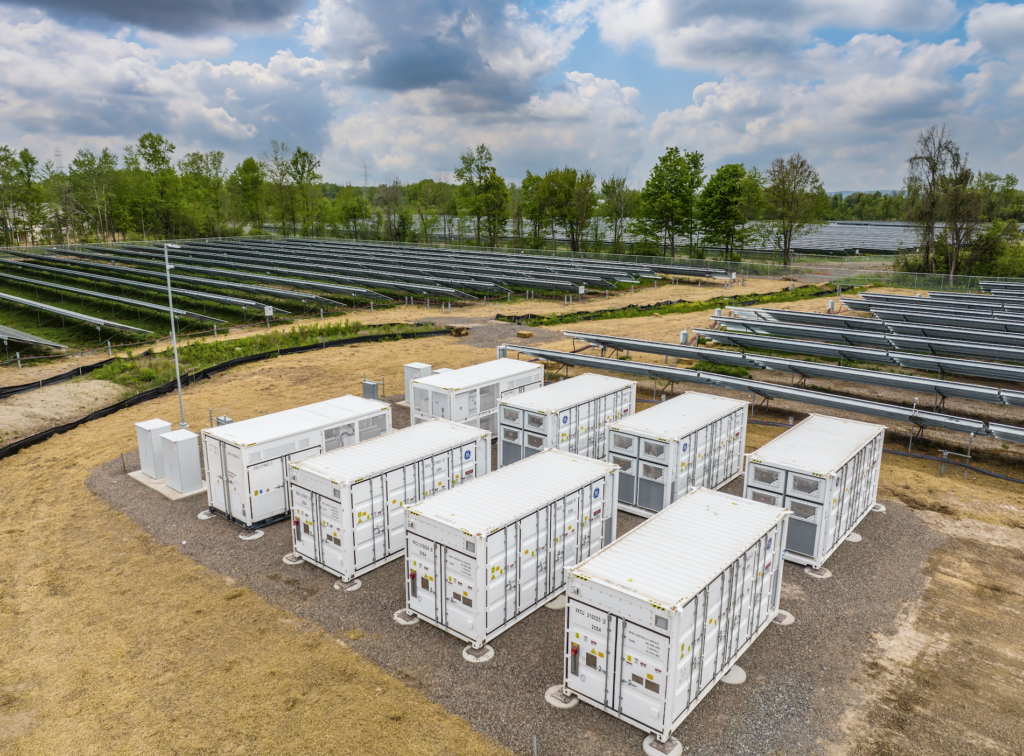 What is thought to be Europe’s biggest battery energy storage system has begun operating near Hull.

The site, said to be able to store enough electricity to power 300,000 homes for two hours, went online at Pillswood, Cottingham, on Monday.

Its launch was brought forward four months as the UK faces possible energy shortages this winter.

Battery energy storage systems hold electricity generated from renewable sources such as wind turbines and solar farms before releasing it at times of high customer demand.

The Pillswood facility has the capacity to store up to 196 MWh energy in a single cycle.

It has been built next to the National Grid’s Creyke Beck substation, which will be connected to Dogger Bank, the world’s largest offshore wind farm, when it launches in the North Sea later this decade.

Peter Kavanagh, director of Harmony Energy, said: “Battery energy storage systems are essential to unlocking the full potential of renewable energy in the UK and we hope this particular one highlights Yorkshire as a leader in green energy solutions.

“These projects are not supported by taxpayer subsidy and will play a major role in contributing to the Net Zero transition, as well as ensuring the future security of the UK’s energy supply and reduced reliance on foreign gas imports.”

The system, which will use Tesla’s AI software to match energy supply to demand, had been due to be switched on in two stages in December 2022 and March 2023.

Harmony said it had brought forward the launch “to support National Grid in its efforts to provide stable and secure power to UK households over the challenging winter period”.

Energy regulator Ofgem has warned there was a “significant risk” of energy shortages in the UK this winter due to Russia’s invasion of Ukraine and gas supply disruption.